Chili Mac and Cheese with Franks 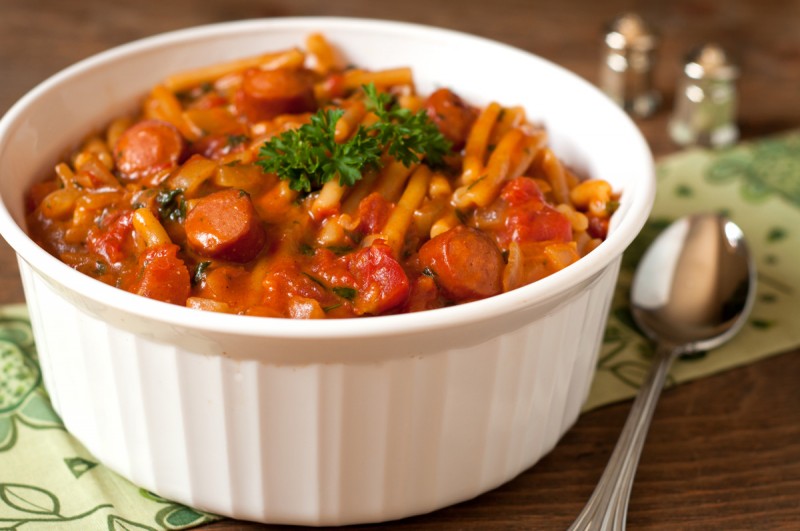 When I was a child, we had a “special kids’ dinner” on nights when my parents were going out and we were left to terrorize hang out with the babysitter. Originally my mom made this recipe for us, but quite quickly I learned the “technique” and could make it myself. We sliced some hot dogs and browned them in the olive green square electric skillet. Next we added a can of Campbell’s tomato soup and a can of water along with elbow macaroni, covered the skillet, and let it simmer until the macaroni was cooked. I have a vague recollection that we might have added some dried onion as well, but that could be a stretch. We served this concoction with some parmesan cheese, straight from the green Kraft can, on top. 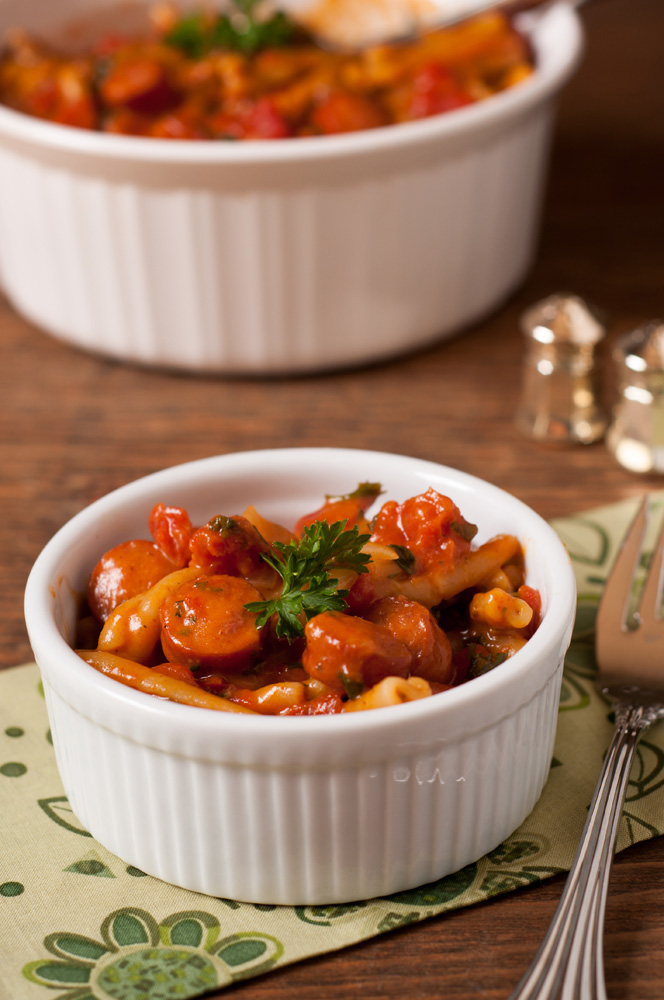 Well fast forward about 50 years, and I found myself tasked to create a recipe for Prairie Grove Farms using their Uncured Franks. The client requested that I do something different with them – not just use them in a bun with toppings. I could barely contain my excitement as memories of my childhood came flooding back to me, and I knew I had to create a slightly more upscale version of my beloved babysitter special. And so I give you, Chili Mac and Cheese with Franks (recipe here). Yes, this is probably kid food, but I’m pretty sure I ate the entire casserole after I made this. And if you feel so inspired, feel free to add some veggies to the mix to up the nutritional value. Or, just sprinkle on the cheese and dig in – nobody’s judging you!