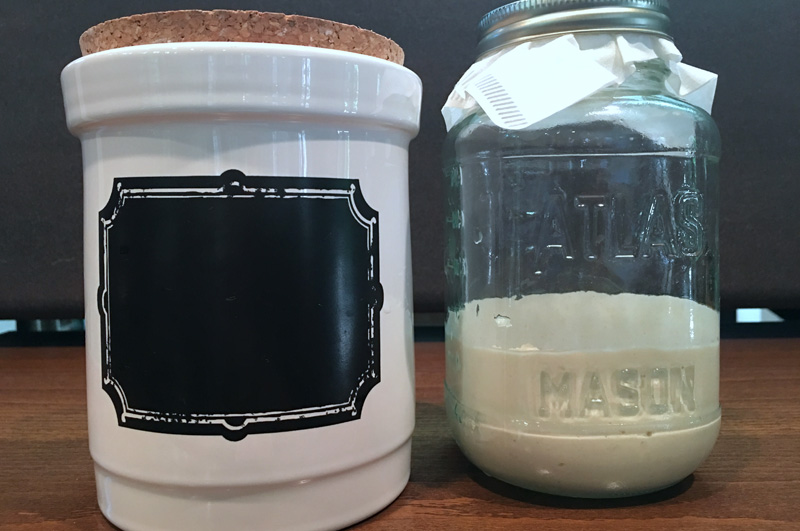 A few weeks ago a friend asked me to babysit her sourdough starter while she went on a 3-week combined RV trip with her husband and book tour for her second cookbook. She said, astonishly, that I was the only person she could think of who would know what to do with it. The reality is I most certainly did NOT know what to do with it – if you’ve been reading this blog for awhile, are you sick of me saying I’m not a baker? – and only had vague recollections of Anthony Bourdain’s chapter in Kitchen Confidential called “Feed the Bitch” (what his not-so-reliable pastry chef told him to do with his starter when he didn’t show up for work, not my words!). 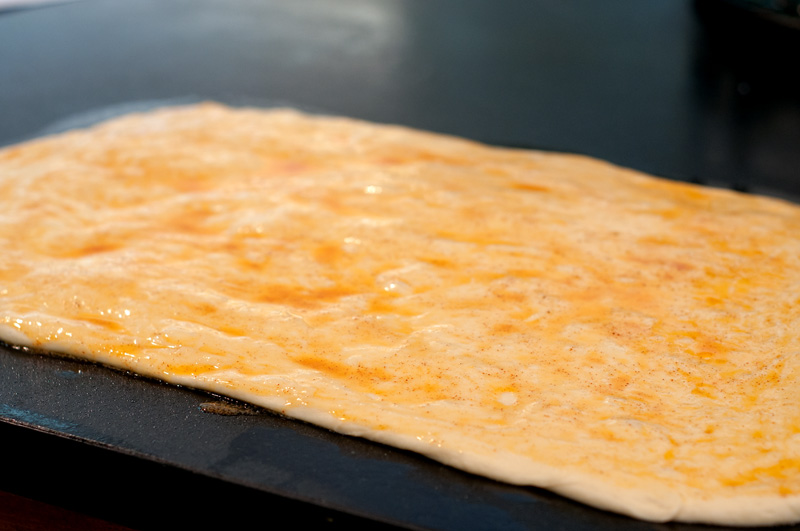 Well, I not only managed to keep her’s going for a few weeks, I managed to divide and grow the starter so that I have a pretty good batch of it working in my own refrigerator right now. Therefore when tasked with bringing side dishes for a couples’ dinner party recently, I decided to make these rolls. 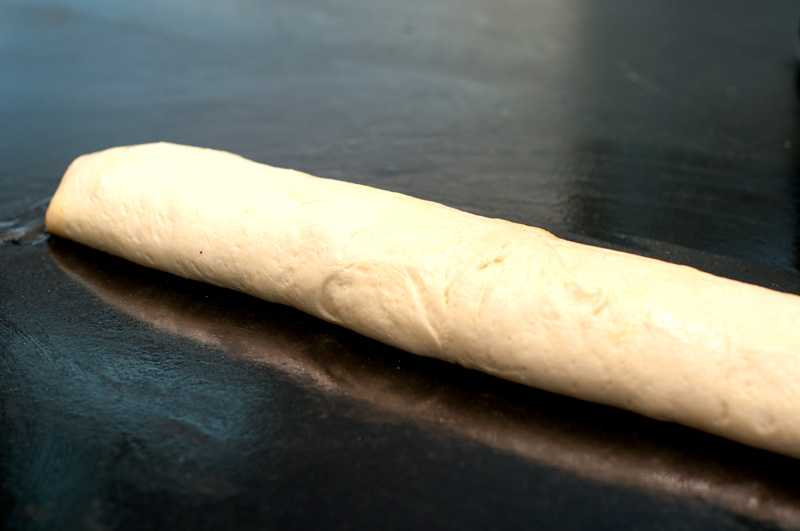 I originally found the recipe on the King Arthur Flour website, and since I followed the recipe nearly to the letter, I won’t post it here again. I only had about a teaspoon of dry yeast, so I actually used just that teaspoon instead of the 2 1/2 that the recipe calls for, but then increased the sourdough starter to about a 1 1/2 cups. Seemed to work just fine, as my dough rose nicely. 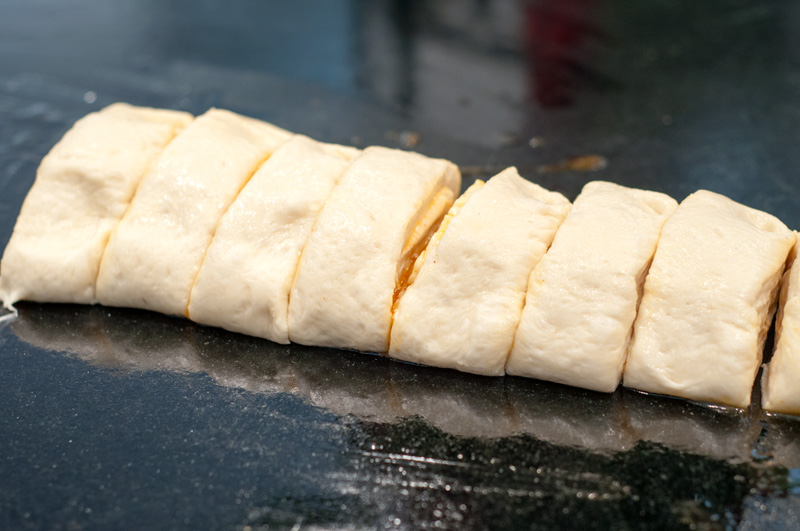 When you are cutting the rolls, I tried the dental floss technique suggested by King Arthur Flour, but found sawing back and forth gently with a serrated knife actually worked much better. The rolls will be very soft and slippery, so try not to deflate them or squish them as you transfer them to the pans. 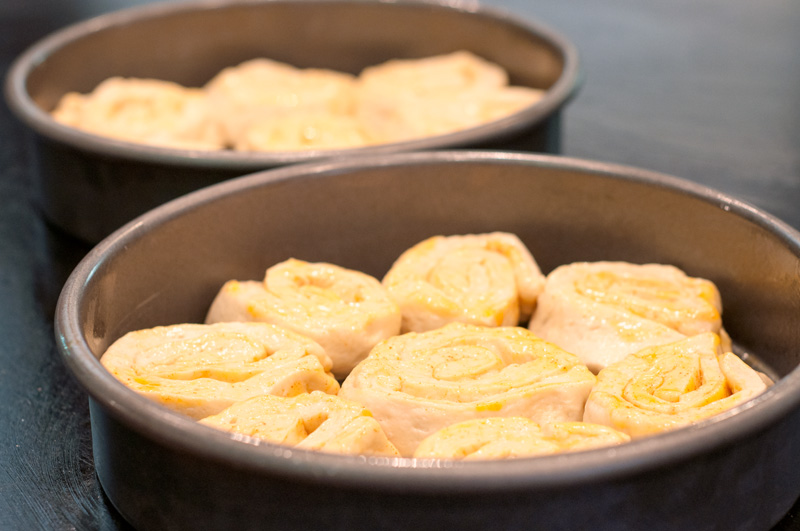 What I love about these rolls is they are soft and buttery – and seem like something that should be served for Thanksgiving dinner or with fried chicken and gravy. In other words, they are more old school than artisan – in a good way, if you follow me. I think you could use this same dough recipe, roll it out into long triangles, and then roll them up into crescent rolls, for something different, or spread the inside with cinnamon sugar for sweet rolls. 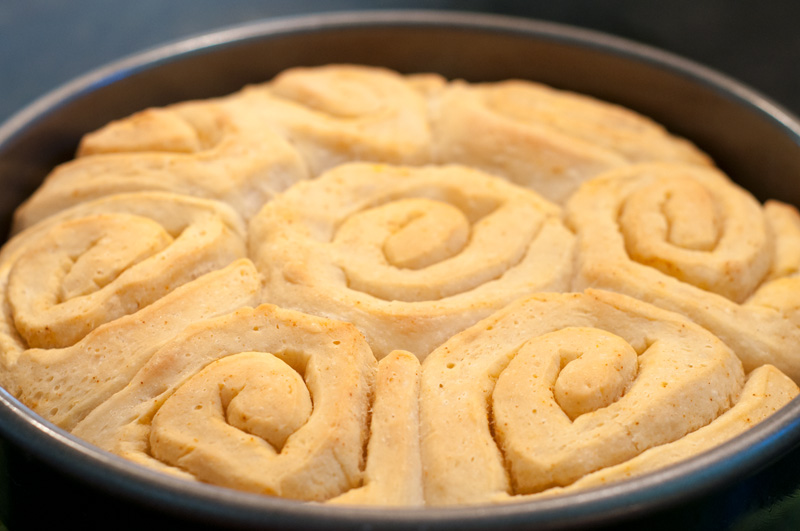 By the way, the sourdough starter I was using dates back to my friend’s grandmother from the 1940s – so you know why I was nervous! You can purchase a starter on the King Arthur site that’s been going for a century, or you can make your own. Don’t expect the rolls to brown too much, and by all means, brush them with a little melted butter near the end and stick them back in the oven for a few more minutes. Soft, with just enough crust on the outside, and very easy to eat more than just one!