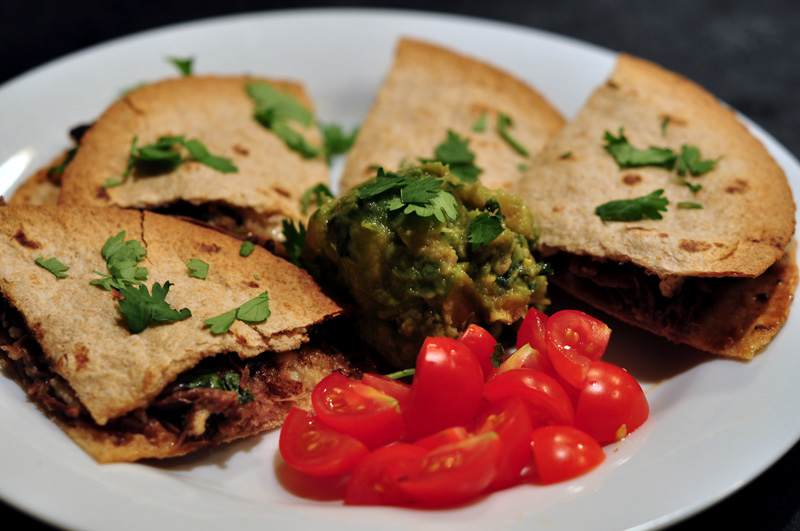 It may seem out of place to follow my last post about fresh summer pastas with a post about braised meat, and perhaps that seems like too much of a winter dish to you, or like your kitchen will get too hot braising meat for hours. Well, that may all be true, but a while ago I found myself staring down some large bison chuck roasts on a coolish summer day in Denver, wondering how I was going to eat them all by myself in an effort to clean out the meat freezer before moving. And I decided to braise the meat and just re-freeze it in single serving portions that I could eat as I needed to. 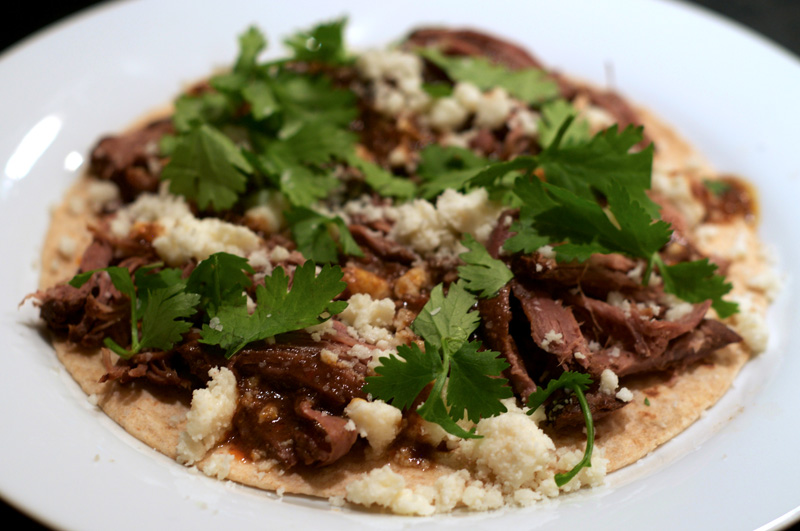 The idea for the quesadilla actually came after the fact. The first thing I did was figure out what I had on hand to braise it, and ended up throwing a bunch of stuff into a pot that I found in my pantry and refrigerator – red wine, dried chiles, red enchilada sauce, diced celery, diced rhubarb, and some stock – and just hoping it would work. It did, and the meat was flavorful and tender and falling from the bone just like it should. 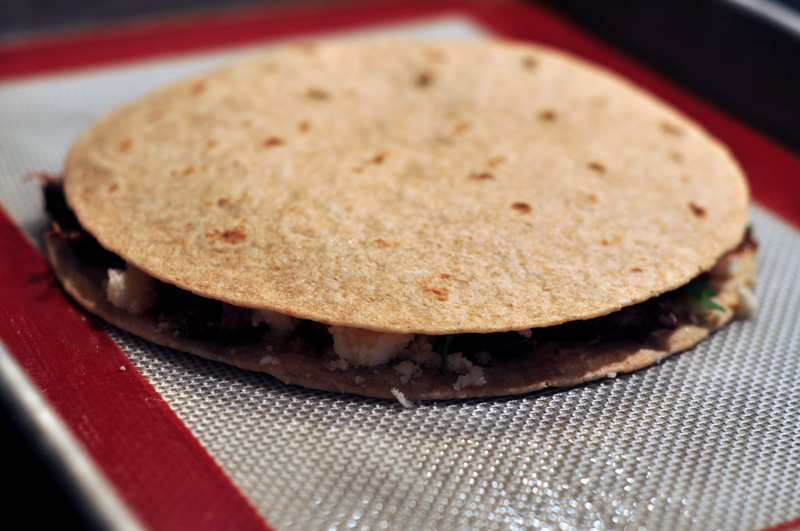 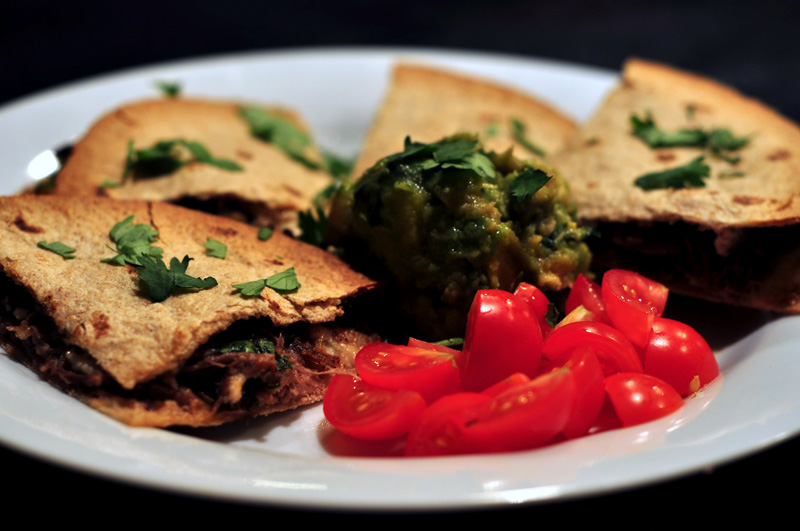 There was also a small container of leftover guacamole in the freezer that, along with a few cherry tomatoes right off the vine on the patio, finished the dish off perfectly. So perfectly I had the very same thing the next day for lunch! Toss the cooled shredded meat with some of the braising liquid and then divide it up into 4 ounce portions in small bags to freeze. Whether you’re feeding one or 8, it’s always nice to have the option of grabbing enough for just one person and not wasting food.