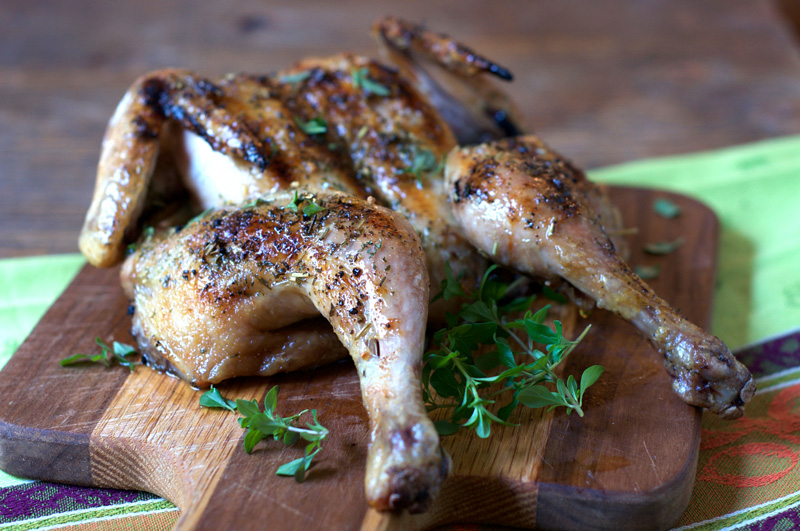 Cooking for one can be hard, for many reasons. For some, it’s not quite as fun to cook if there is nobody to serve it to, nobody to rave about the nice job you did. For others, it’s simply the hassle of cooking. And for many, it’s the challenge of reducing recipes to smaller portion sizes. It took me awhile to downsize my cooking from a family of five as my kids flew the coop, and now I find I am cooking for just myself most of the time, and for that, this recipe is perfect. 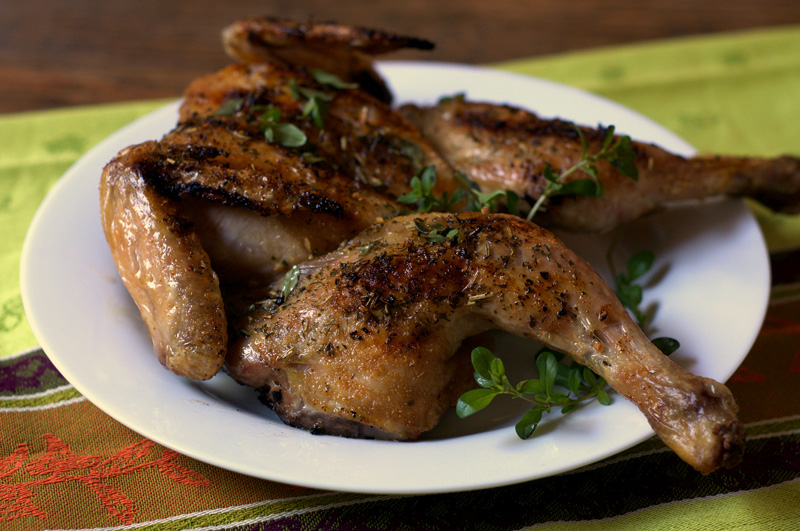 If you like poultry, Cornish game hens taste very similar to chicken, but are smaller, meaning they are perfect for a single meal for one, with enough leftover for lunch the next day. The technique of spatchcocking may seem intimidating, but you simply flip the bird over and with strong kitchen scissors, cut along each side of the spine from the tail to the neck to fully remove the spine and open up the bird flat. I was in a hurry so simply sprayed the bird with some cooking spray and sprinkled it with salt, pepper, and some dried herbs and spices. If I had had more time I would have marinated it with lemon, EVOO, and some rosemary. You can season it anyway you like. Heat the grill to high, then turn down the heat to low and grill the bird opened up flat, skin side down, for 8-10 minutes to get a nice brown on the skin. Flip the bird carefully and continue cooking until juices run clear, about 25-30 minutes. Let rest before slicing and serving. The same technique can be used with a roasting chicken, but the cooking time will take longer. Have a crowd to serve? Just cook several birds at once – each will serve 2 people.