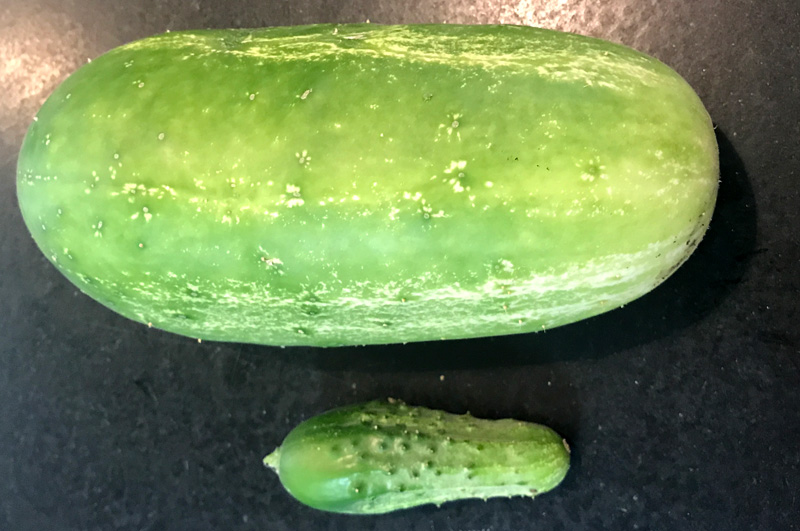 I’ve had a less than inspired year gardening. It just hasn’t been my priority with a grand baby coming soon and preparing to move to my new home. The tomatoes in pots were a good idea – they require no weeding or worry, and each time I come in from the garage if I see something red I pluck it and eat it, usually before ever getting inside. But the garden on the side of my house that’s hidden from my view has been completely ignored. When September rolled around, I ventured out there, a little scared about what I might find. Despite the massive weeds covering everything in there, I harvested about a pound of kale, about 2 pounds of Swiss chard, and pulled up 8 pounds of cucumbers. They were supposed to be small for pickling, like the bottom one, but most were the size of melons like the top one 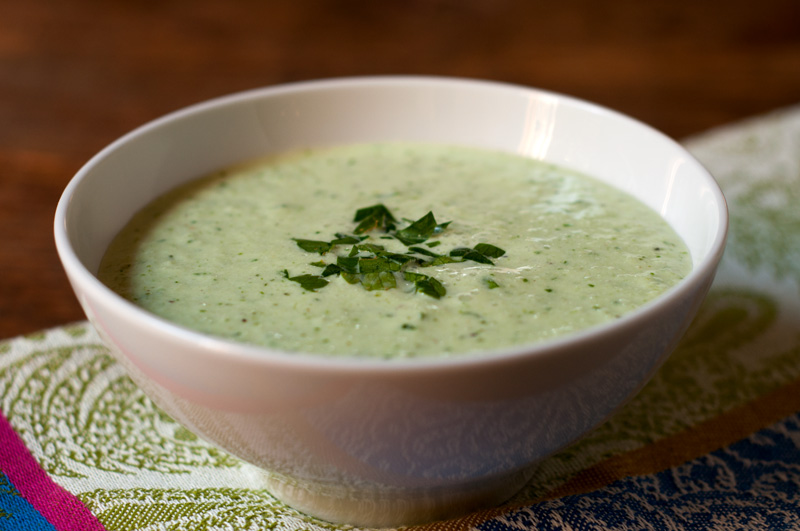 So after querying Facebook friends for ideas, I came up with this recipe. It’s really good, and if you’re cooking for a party you can pull together a large batch quite quickly. I used garlic scape and basil pesto because I had it in the freezer, but you can use garlic cloves and basil instead. I used parsley in addition to the pesto, but you can try tarragon as well. I used full fat sour cream and 2% Greek yogurt, but you can play around with those ingredients as well. Here’s to Mother Nature – even in tough years she’s go my back!