My Riff on Feijoada 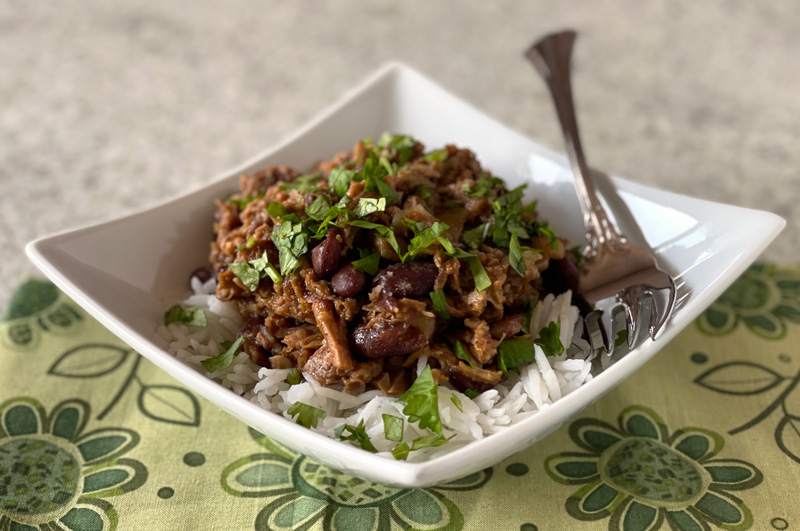 Traditional feijoada, widely considered the national dish of Brazil, uses such “lesser” cuts of meat as pig’s feet, tail, and tongue. I had none of these on hand, but I did have a large, meaty pork shank that wasn’t going to be much good on its own, and that was my inspiration. 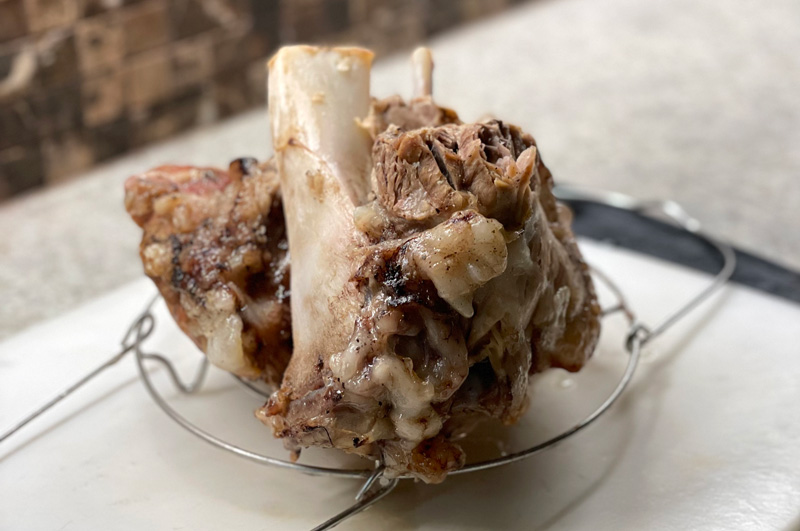 Don’t be fooled but that semi-coked pork shank – while it may look like there isn’t any decent meat on it, when I separated the bones and fat and gristle there was still a pound and a half of pork that just needed to get tenderized.

The traditional version of Brazilian feijoada uses black beans, but I happened to have some cooked red beans in the freezer I needed to put to use. This is what I like to call global improv cooking – you start with the general idea and basics of a recipe and ingredients, but adapt it for what you have on hand. I’ve never had the traditional version of this dish – some day I hope to visit Brazil to try it, but for now, my version is pretty darn good!

My Riff on Feijoada