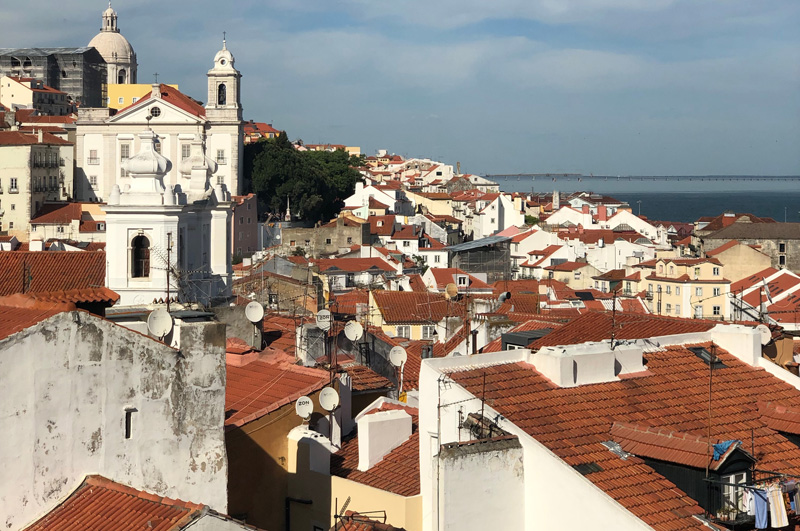 I was excited to visit Lisbon for the first time. And whenever I visit a new place, I like to pick one special place to eat – in Lisbon, that was Mini Bar Teatro by Michelin starred Chef José Avillez. He has a number of restaurants in Lisbon, and we chose the less formal, funky one to experience his cuisine. 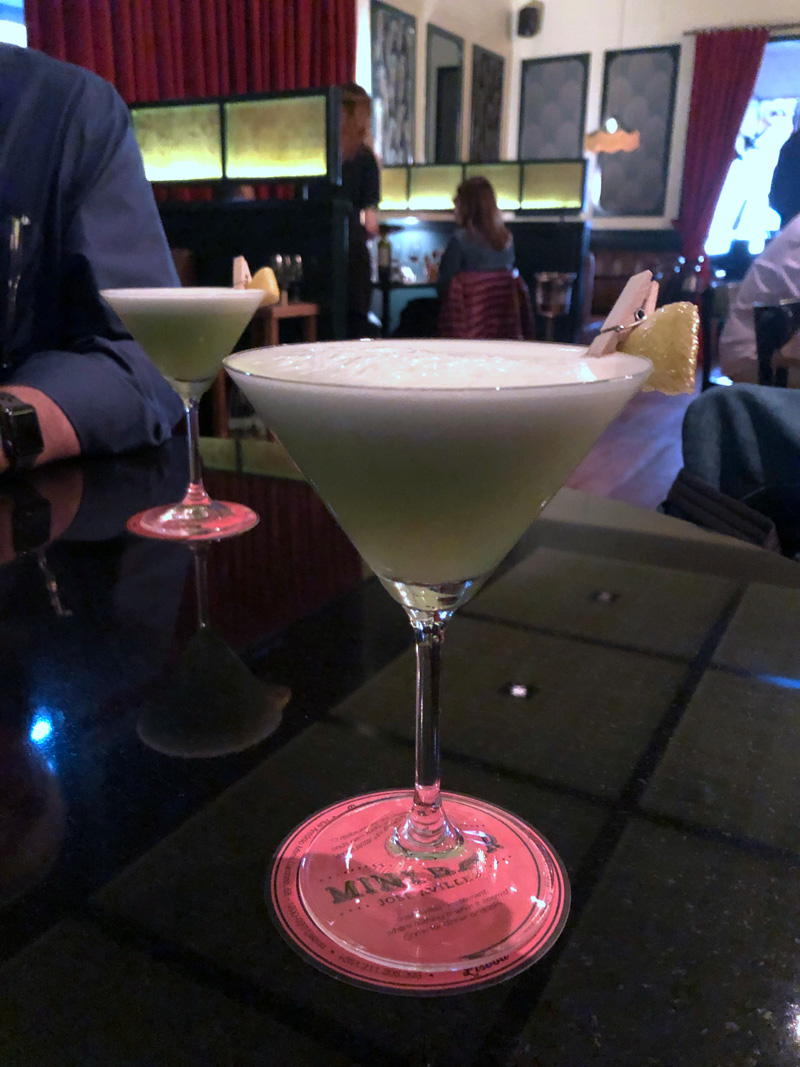 As we sipped our basil gin drinks, we decided to opt for the more adventurous of the Chef’s tasting menus, where you are surprised, more or less, with each course presented. In their words, “The Epic Menu makes a big entrance. Made of savoury, spicy, sharp, and sweet moments, each dish is a character you will not forget. In this saga, we visit old acquaintances and open the way to new feats. From the Mediterranean to the East, from the distant Americas to Portugal’s inland, embark on this adventure.” It was certainly epic and our waiter was right, it was fun. Here we go! 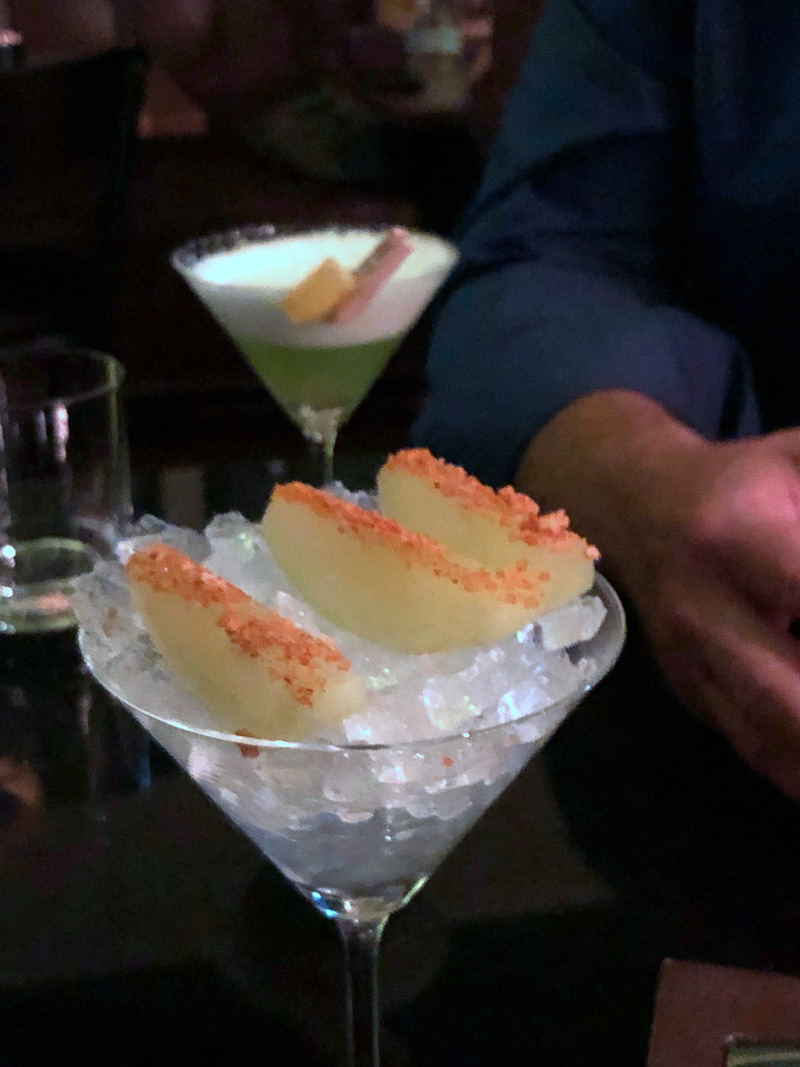 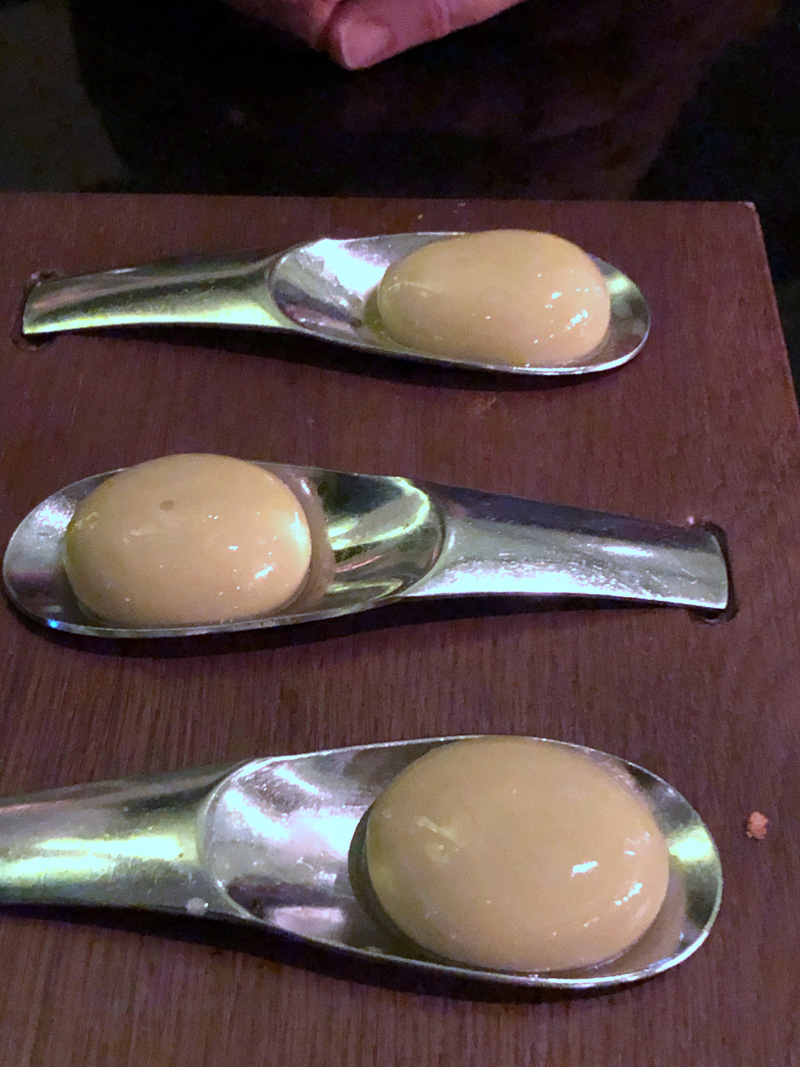 Taken from the chef’s friend Ferran Adria, El Bulli Olives,
one of the first reverse spherification dishes that was introduced at el Bulli in 2005 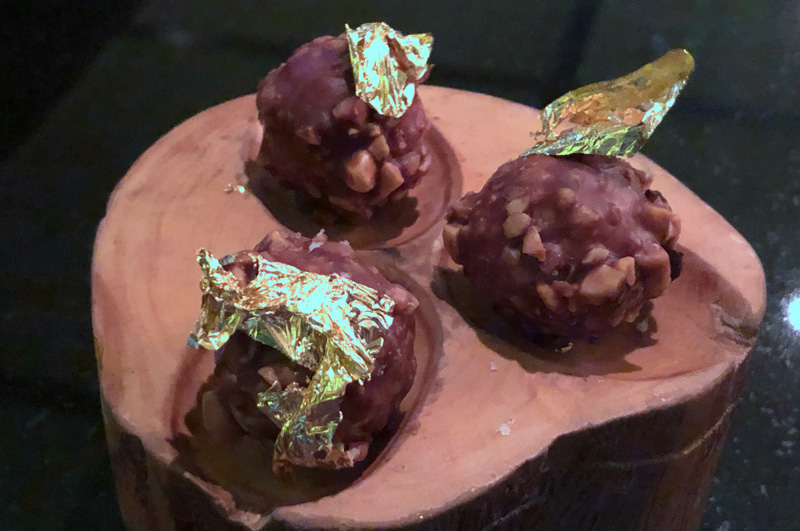 A nod to “Ferrero Rocher” candy, foie gras and hazelnuts with a touch of dark chocolate topped with edible gold leaf 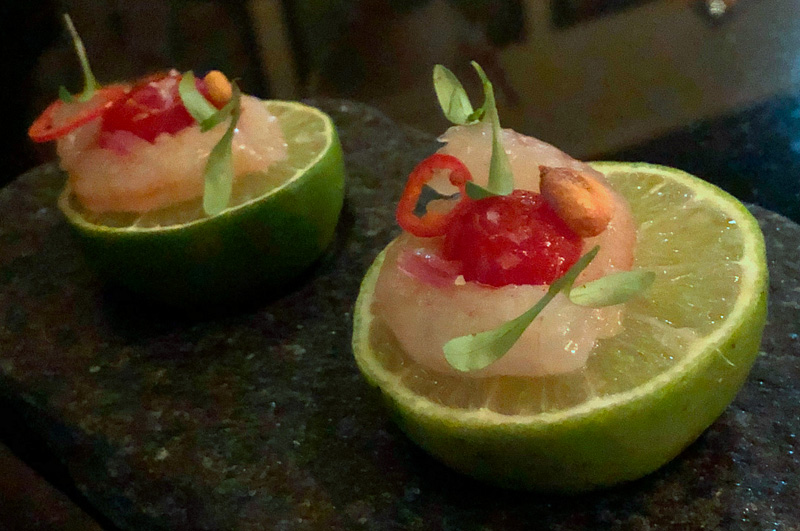 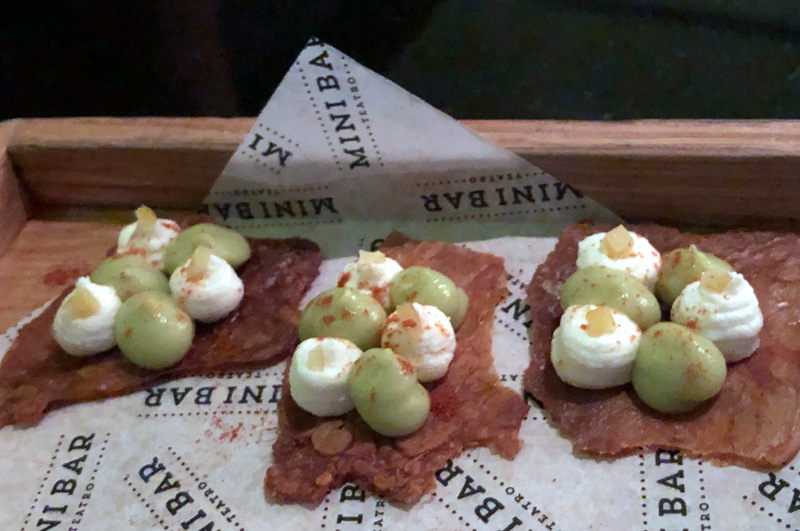 “Roasted chicken”with avocado cream, cottage cheese, piri piri and lemon –
the base is a piece of very crisp chicken skin 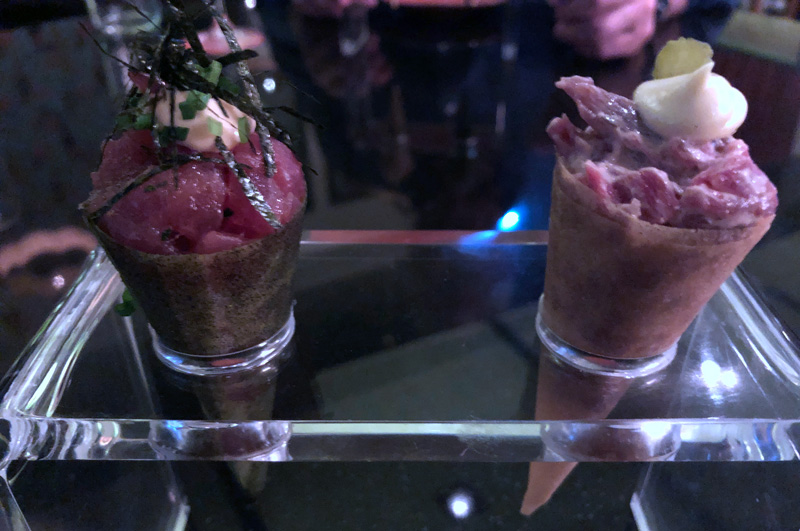 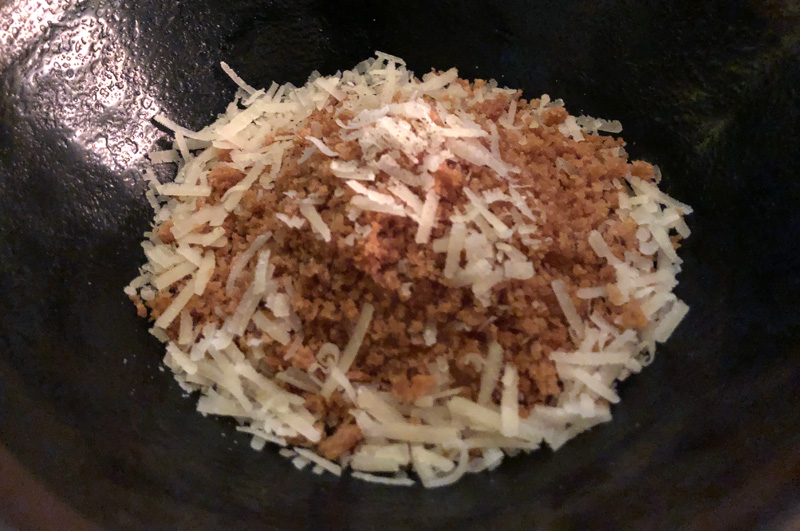 What seemed like a riff on carbonara to me – a raw egg yolk with Parmesan, garlicky bread crumbs, and a touch of truffle oil – you stir it all together and eat it sort of like a bread soup 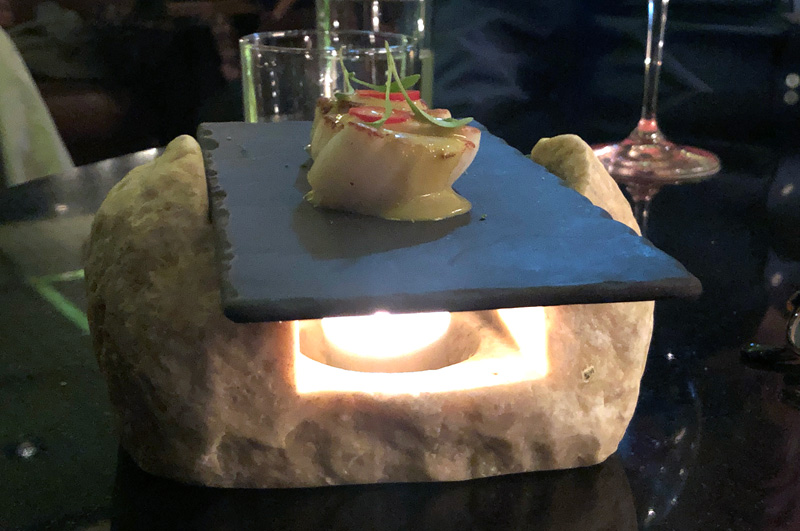 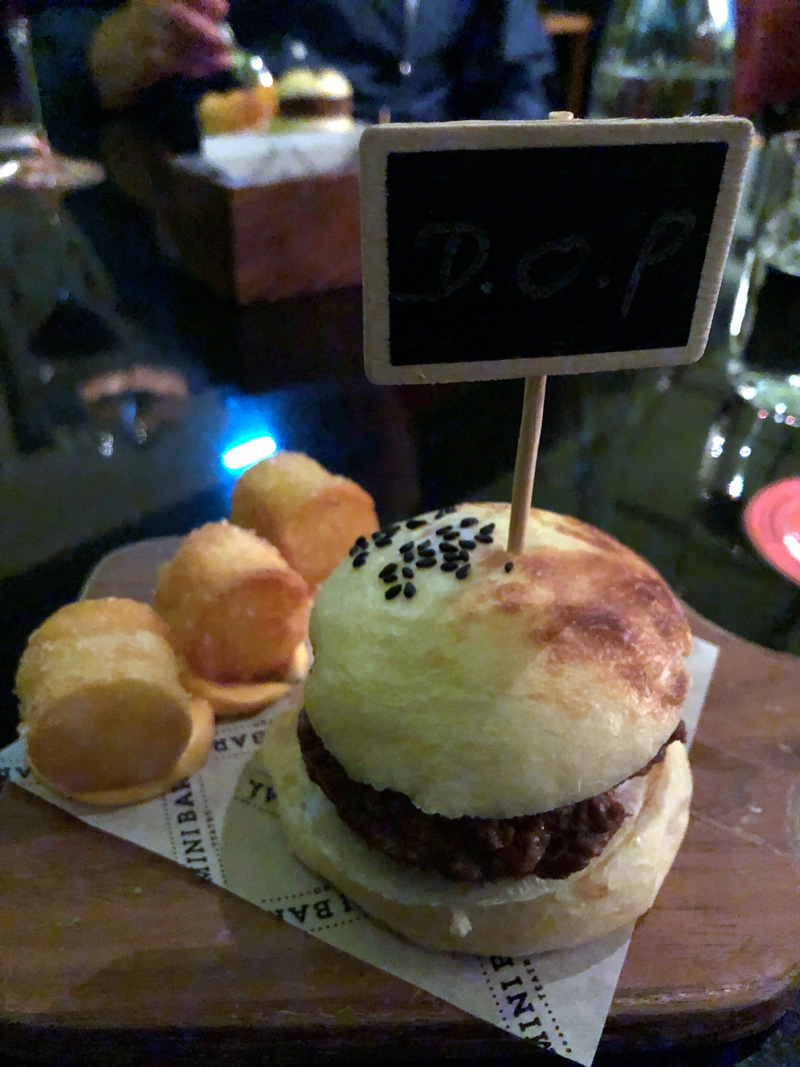 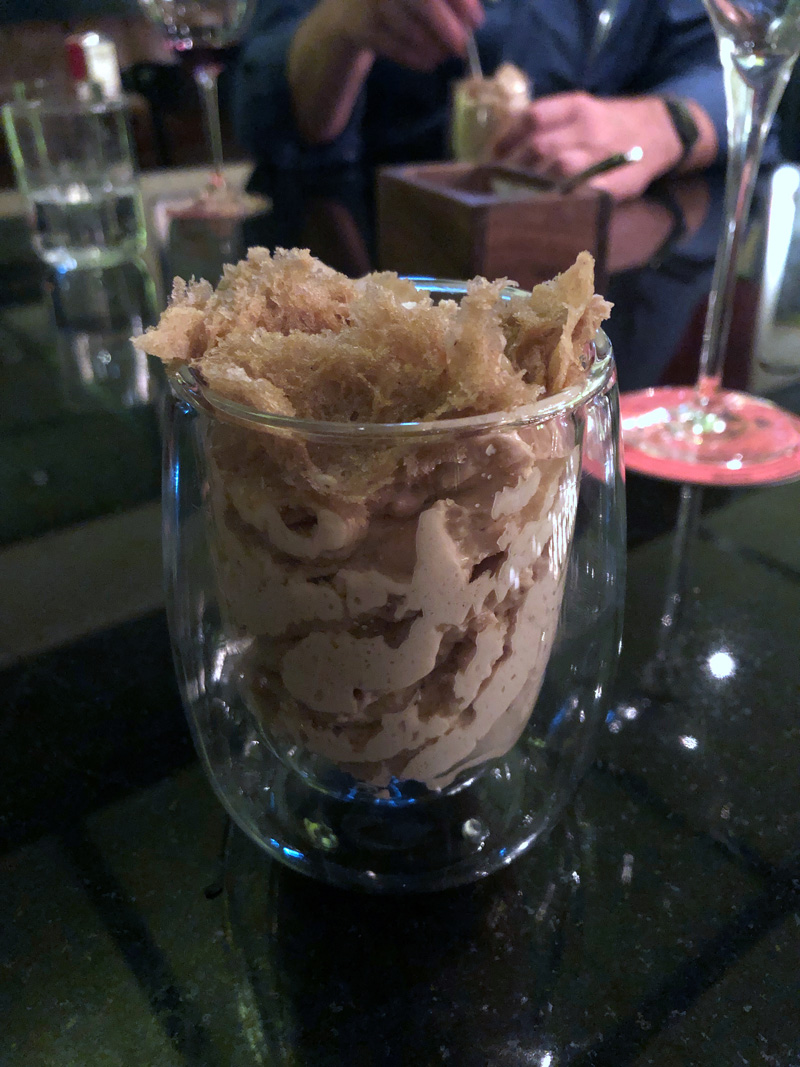 Dessert that was promised to blow our minds – it did not, at least not for me.
To be fair, I don’t love dessert and was stuffed at this point.
And it was peanut butter based in flavor which would never be my choice for dessert. 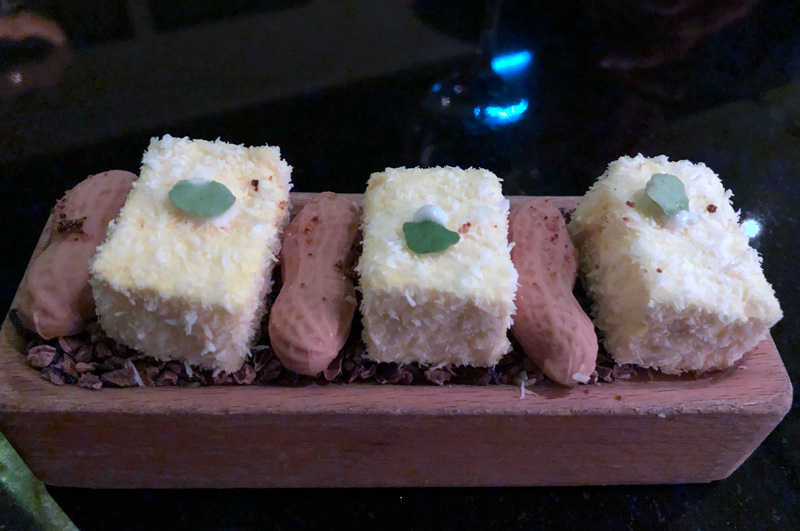