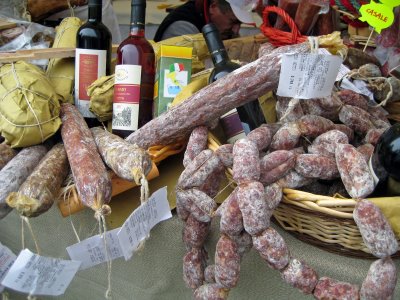 As we met at 10am to depart from Siena, we were greeted with cold, dreary, rainy weather. At least we were mostly driving on this day, and we made our way from Tuscany to the town of Orvieto in Umbria by noon. As we wandered into the piazza, we found a local food market underway, but it was so cold we just scurried into the cathedral to warm up. 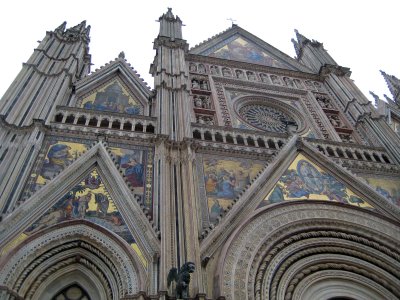 The cathedral in Orvieto was built as a monument to honor the miracolo del sangue, or miracle of the blood, that happened in this tiny town. The facade of the church impressed not only because of its sheer size, but because of the plethora of tiny mosaics that cover it. 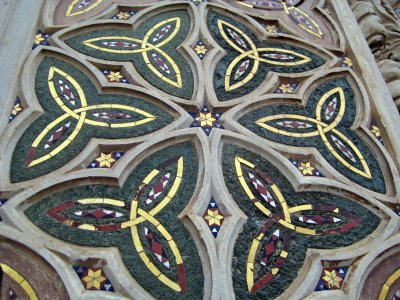 We quickly finished our mini-tour and headed straight to a ristorante on the main street in town for lunch. Nothing warms the soul like soup on a cold day, and the creamy chickpea soup drizzled with some EVOO hit the spot. 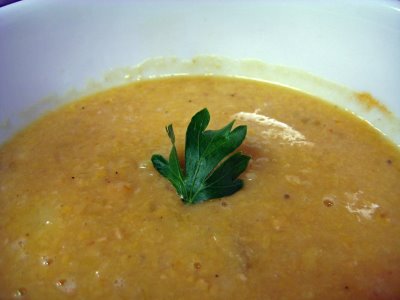 We followed the soup with various pasta dishes, and washed it down with the local Orvieto Classico white wine. 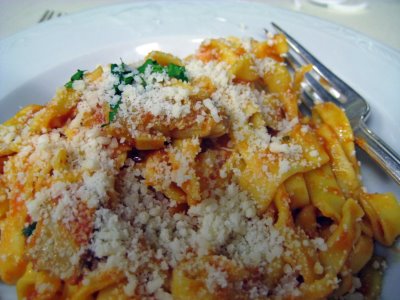 After lunch we grabbed an espresso pick-me-up at the bar down the street, shopped a little, admired the numerous stuffed wild boars in town, then headed out. 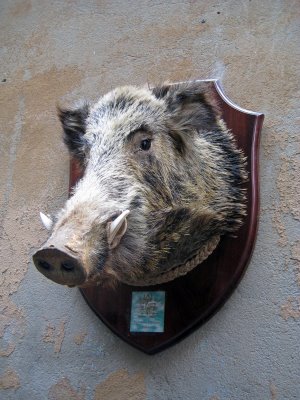 Coming down the hillside from Orvieto provides a great view of the rolling hills and farmland below, and we hit the highway and made it into Casperia, a walled hill town in the Sabina hills where my friends the Schedas live in a restored palazzo, La Torretta. 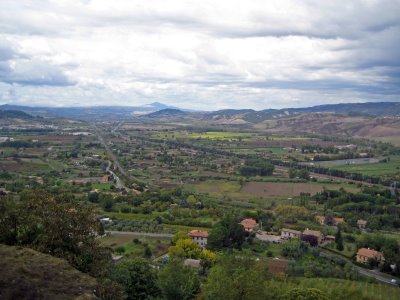 Maureen had arranged for her daughter Jenny to host a cooking class, and we got there just in time to begin cooking at 4pm, starting with making homemade linguine using the chitara to cut the pasta. 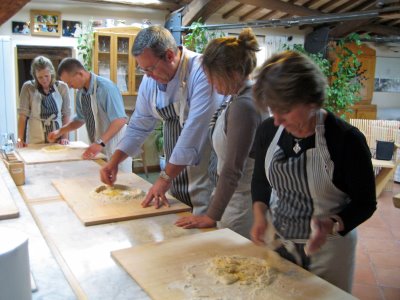 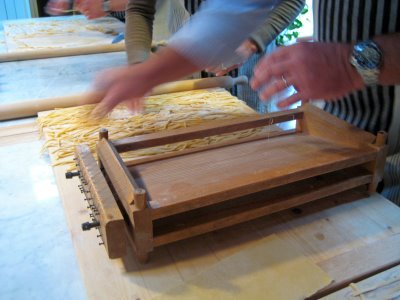 Next on the lesson was making salad bowls out of Parmigiano Reggiano, and Greg seemed to excel at this! 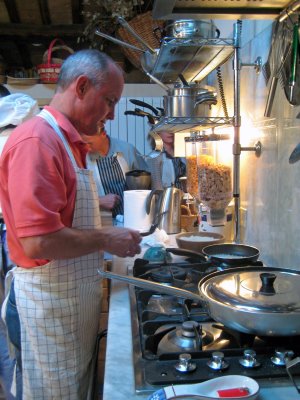 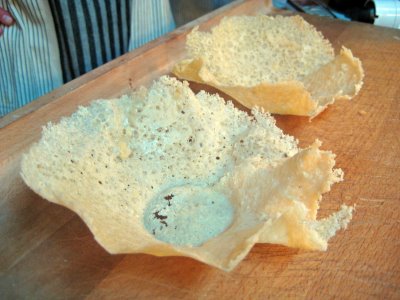 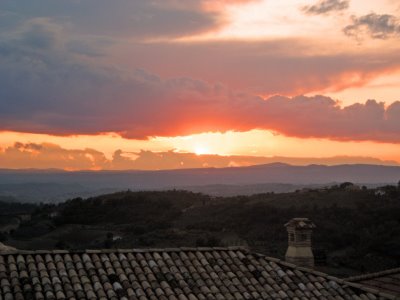 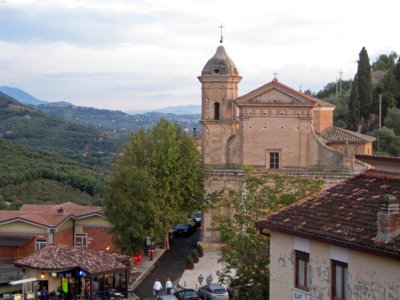 …and then headed back to La Torretta where Jenny and her assistant had finished making dinner for us. We started with a radicchio salad with pears served in the Parmigiano bowls we had made, followed by the pasta we had made with yellow pepper Gorgonzola sauce – I had learned this dish while on a cooking trip in Italy a few years ago and it’s a favorite of mine. 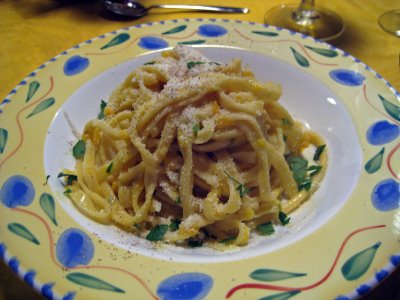 Next came veal saltimbocca, Greg’s favorite Italian meat dish of all time, paired with some braised greens and drizzled with a light pan sauce made from white wine. 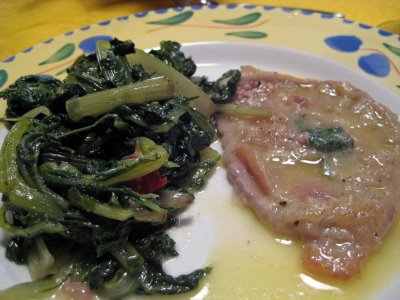 The left over pasta we had made was formed into nests to dry, and would be used for another meal. 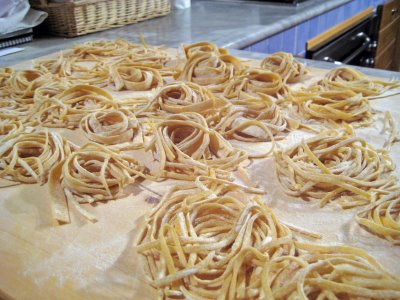 Dessert was tiramisu, which we managed to fit in before heading out for the evening. A new addition to Casperia since I last visited La Torretta is a small night club called fittingly The Lounge that features live music, and it was a perfect way to celebrate Lee’s birthday. Everyone in town shows up, in an effort to support each other and keep the town vibrant. 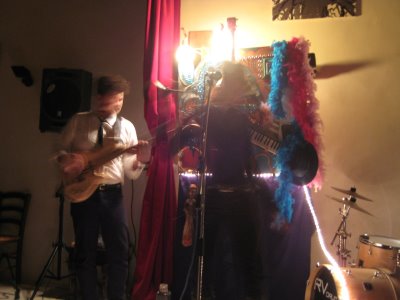