What Makes an Egg Good…and What Makes Good Egg Salad 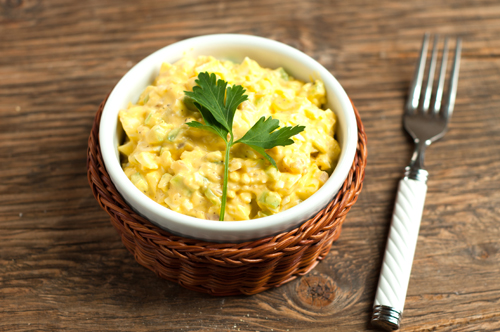 I was recently out of the country, having breakfast with some friends, when one of the guys announced to the group that he had thrown his eggs out at breakfast because the yolks were so deeply colored that they were almost orange. He was sure they were radioactive or something. At first I thought I had misunderstood him, but then I realized what was going on. He’s one of those poor souls that has never had a really good farm fresh egg. 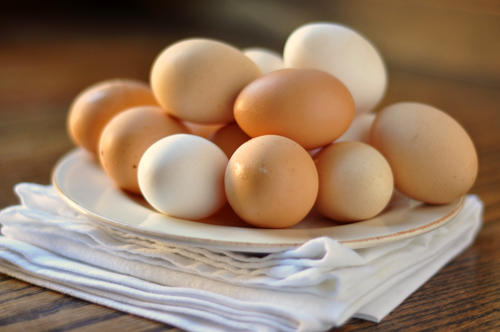 I’m talking about eggs that come in as many colors as you can imagine, some prettier than the best dyed Easter eggs. An egg that’s so freshly laid that it’s nearly impossible to peel the shell if you hard boil it (although this technique helps). An egg that is full of deep and rich flavor. And yes, an egg whose yolk is a vibrant orange color. 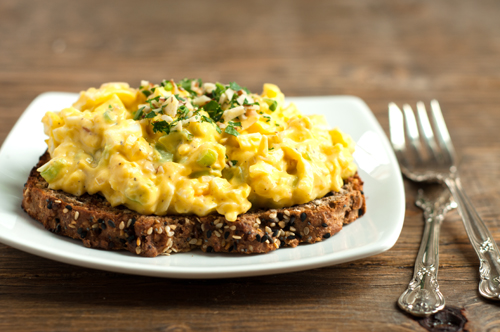 I learned these things when I switched to farm fresh eggs from my CSA farm – I’ll never go back, and out of protest, I eat oatmeal for breakfast instead of my usual over-easy eggs on those few days a year when I run out. 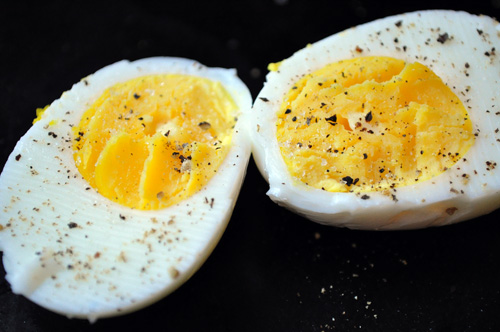 Making good egg salad starts not only with using great farm fresh eggs, but with properly cooking those eggs. This post will show you how. Then, I guess, it’s a matter of preference, even though I do think my recipe is superior! 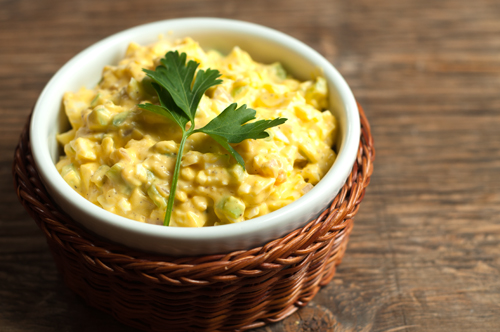 Just like some people prefer their tuna salad smooth – just tuna and mayo – others prefer some texture and crunch. I’m in the latter category, and the same goes for egg salad. I also like some stronger flavors, so use bold ingredients like Dijon and shallots. You can certainly scale back or omit these if you like. You could also add curry to this recipe, although I’m a little curried out at the moment. But whatever you do – start with the very best farm fresh eggs.