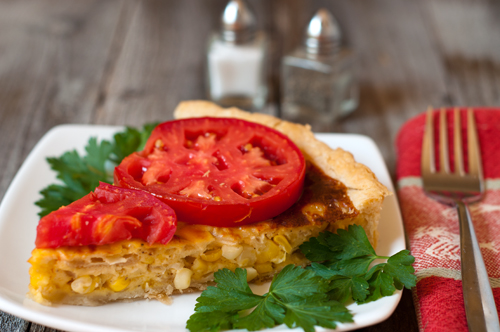 What’s your strategy when serving both meat eaters and vegetarians at the same meal? For me, I like to ensure that the vegetarian isn’t forced to get by with just the less than center stage side dishes. Sure, if you’re serving big old steaks with roasted potatoes,caramelized onions, and a green salad, there is food that will pass. But where’s the excitement in dining for the vegetarian in that? Where’s the protein for that matter? My trick is to create one standout side dish that could easily be considered an entree on it’s own. The guests eating the meat portion of the meal will enjoy it, but more importantly the vegetarian will leave sated and feel as if you cared. 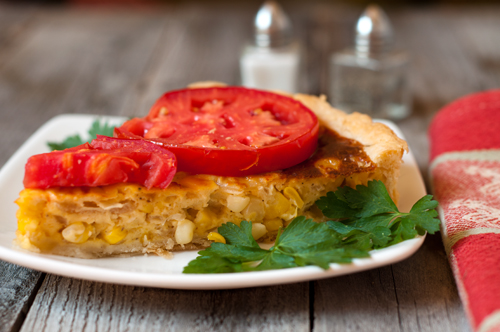 Personally, I don’t know why people don’t make savory tarts for meals more often. They are so easy and versatile – you can literally put just about anything in them. They also usually freeze well and make a great breakfast when you don’t have time to cook. 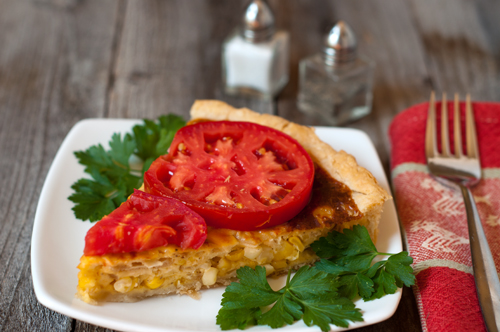 You’ll find my recipe for the simplest (and foolproof) flaky tart crust recipe here. You can always buy a store-bought crust, but they just aren’t as flaky and buttery, trust me! This filling is perfect for this time of year as it uses up that late summer harvest of corn and tomatoes. The eggs and cheese custard filling give it a protein boost, making it a perfect vegetarian entree.