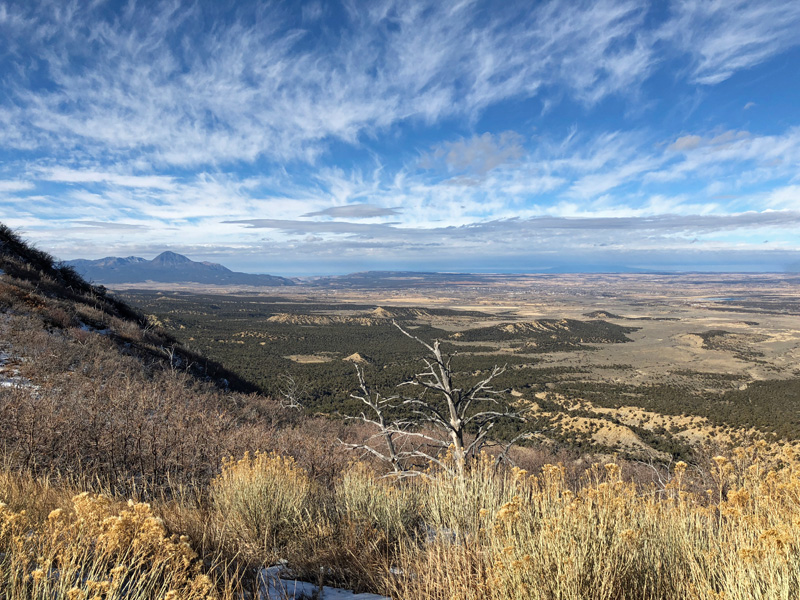 Colorado is home to some pretty impressive national parks, perhaps non as spectacular as these two. 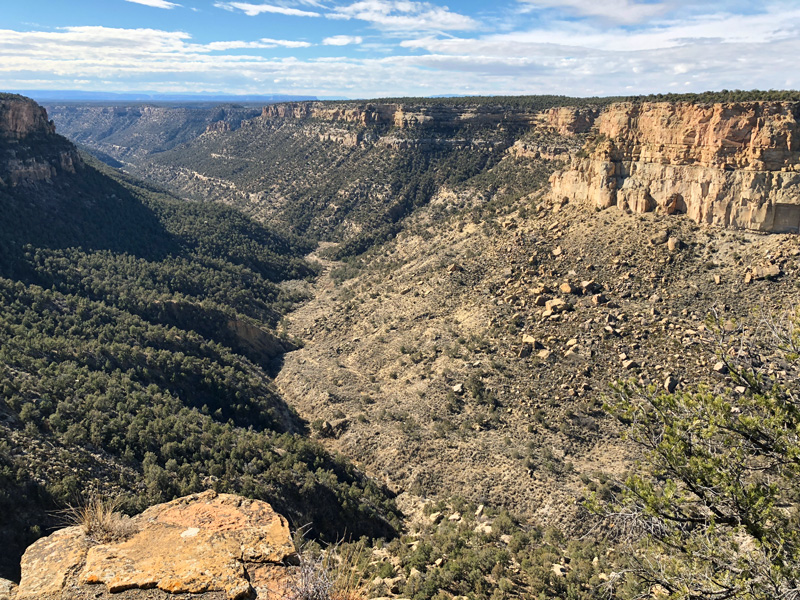 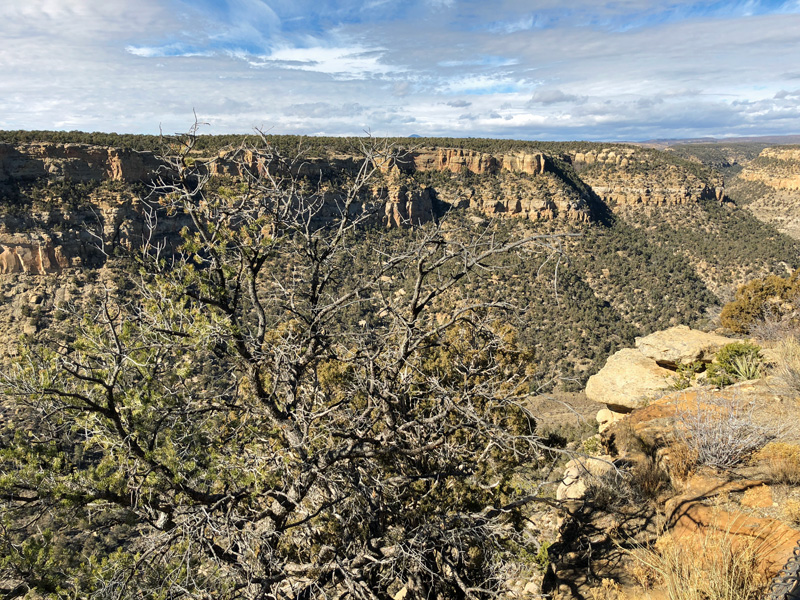 You drive across the wide expanse of flat land and then wind into the canyon to reach Mesa Verde. 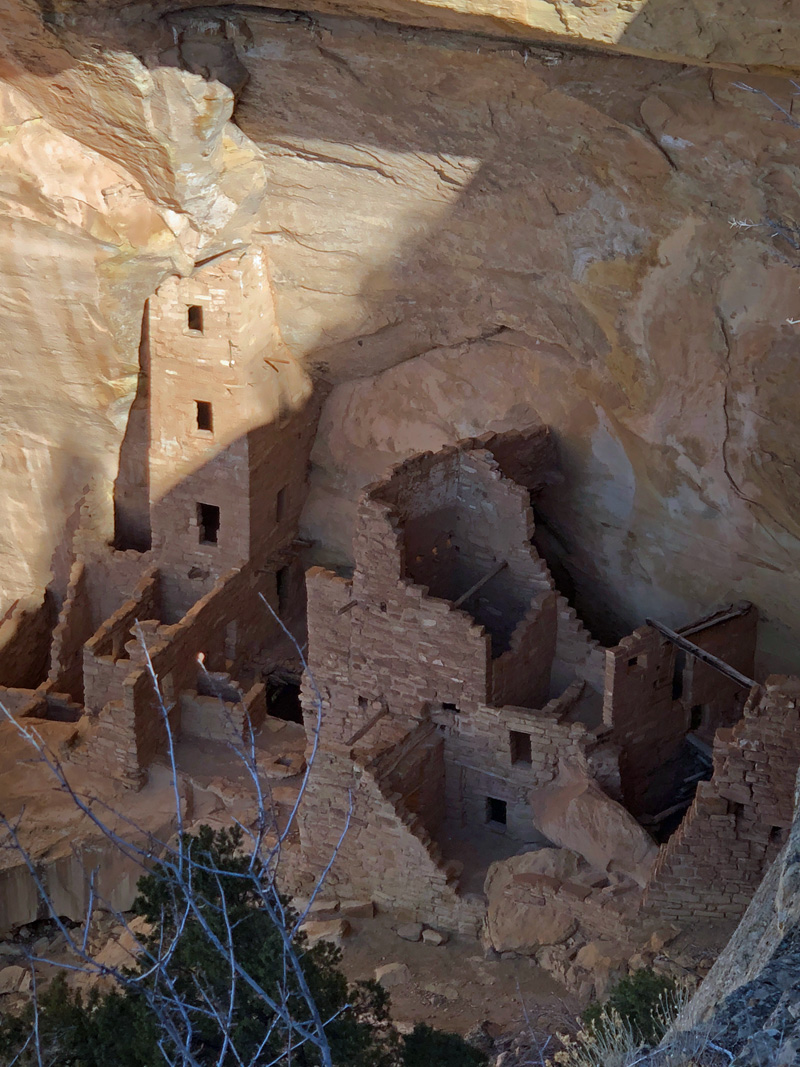 The park is known for its well-preserved ancestral Puebloan cliff dwellings. I was here in the winter, so wasn’t able to go down into the dwellings, but they are just as incredible from the ring road. 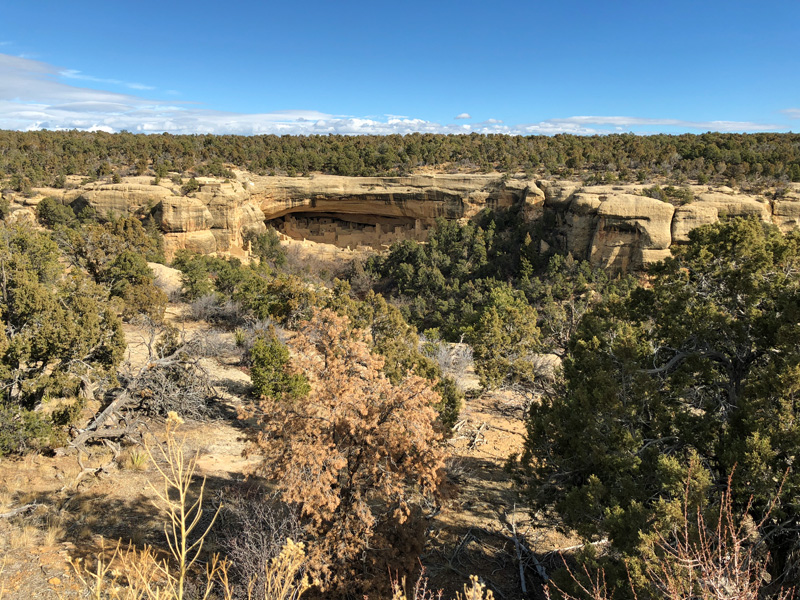 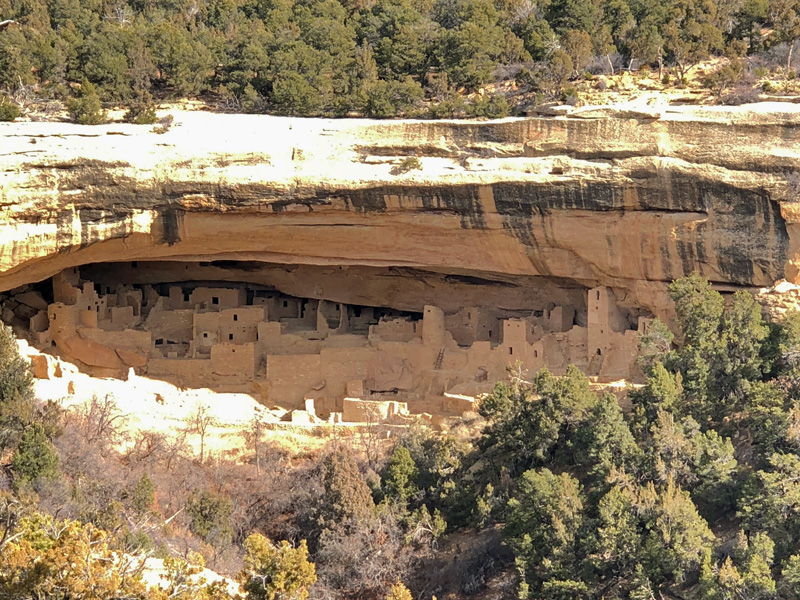 Some are so far across canyons that you need binoculars, or a good zoom lens,
to really see what’s hanging out beneath the cliff above. 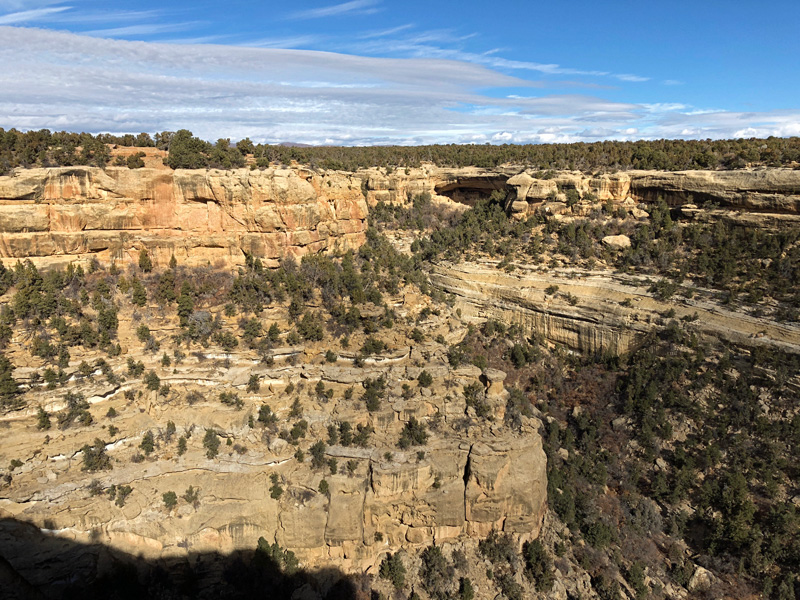 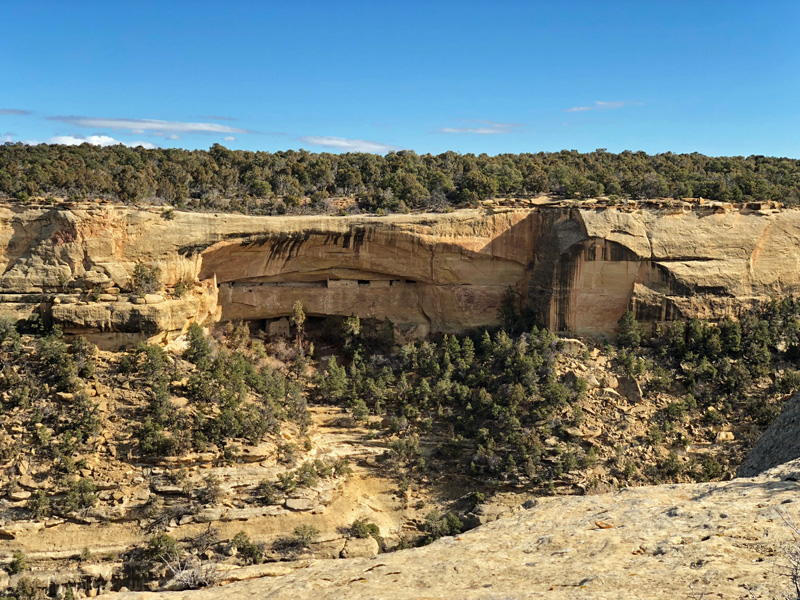 As I looked at the structures, it seemed mind boggling to think someone came up with this idea for living! 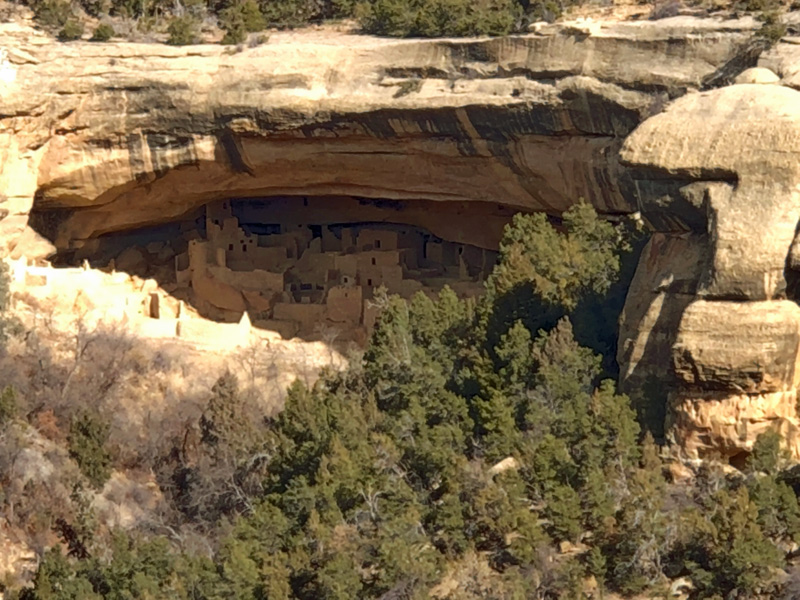 The site was discovered in 1776 by missionaries seeking a route from Santa Fe to California,
and it was made a national park in 1906 by Teddy Roosevelt. 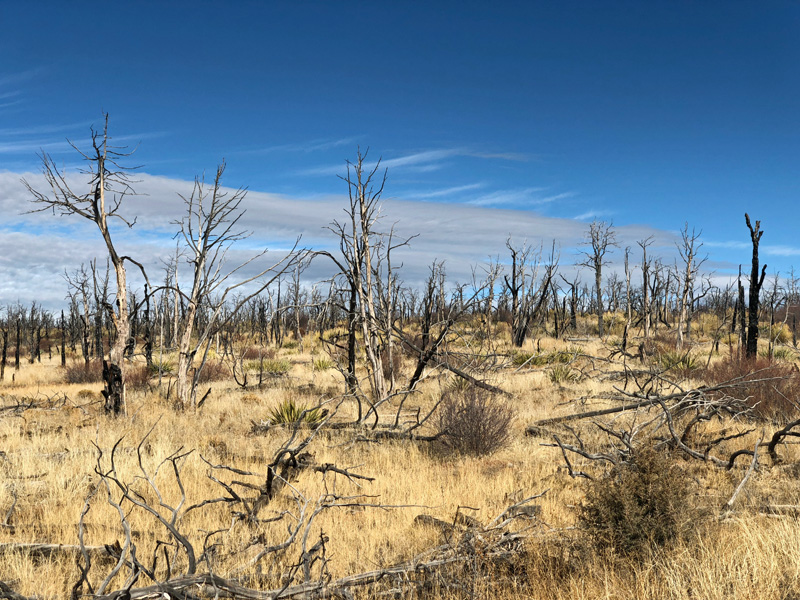 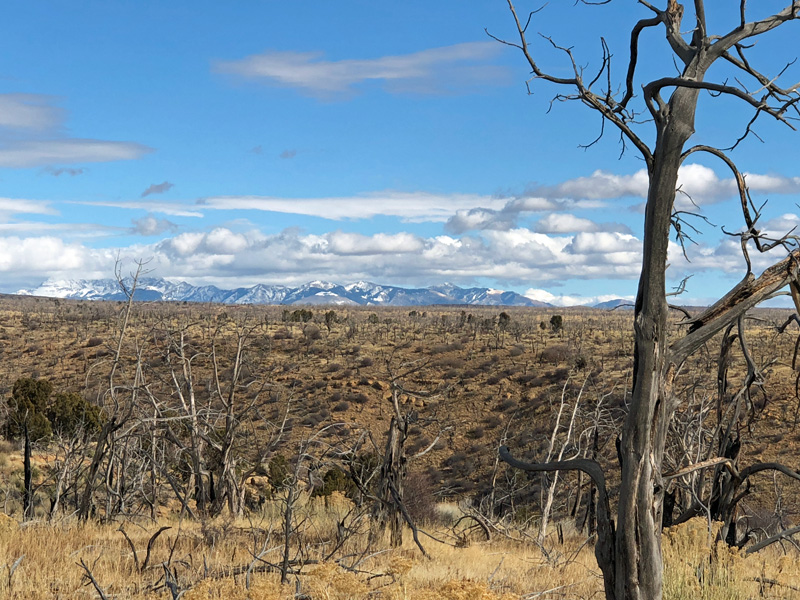 From 1996 to 2003, several fires ravaged sections of the national park,
and in the process dwellings that had been hidden were discovered. 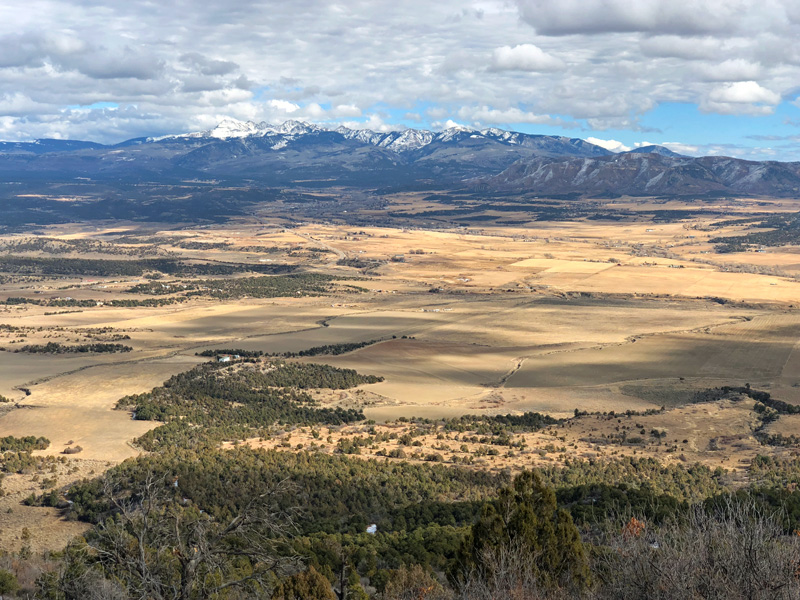 As incredible as the park itself is, one of my very favorite views is from the Mancos Valley Overlook point –
sweeping plains with the majestic La Plata Mountains in the background. 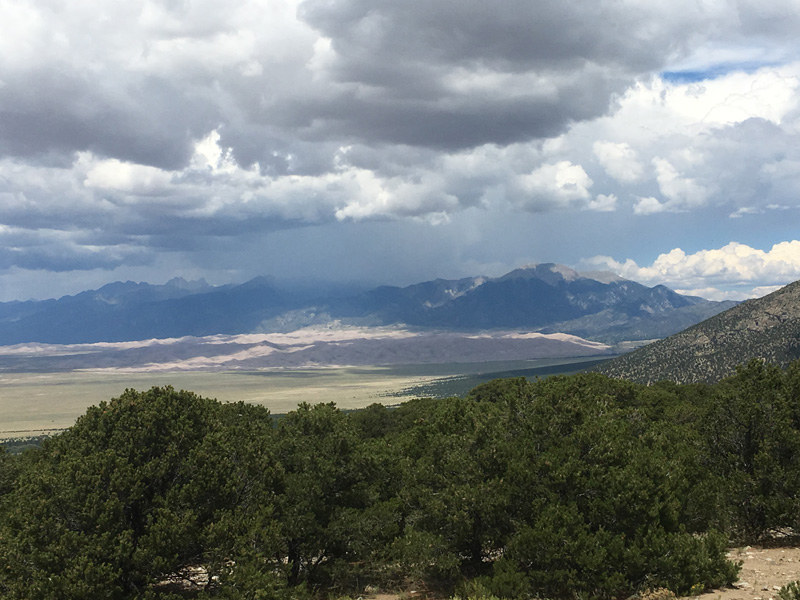 Equally impressive, although created by Mother Nature instead of man, are the Great Sand Dunes
located in southwest Colorado, about 3-4 hours from Mesa Verde. 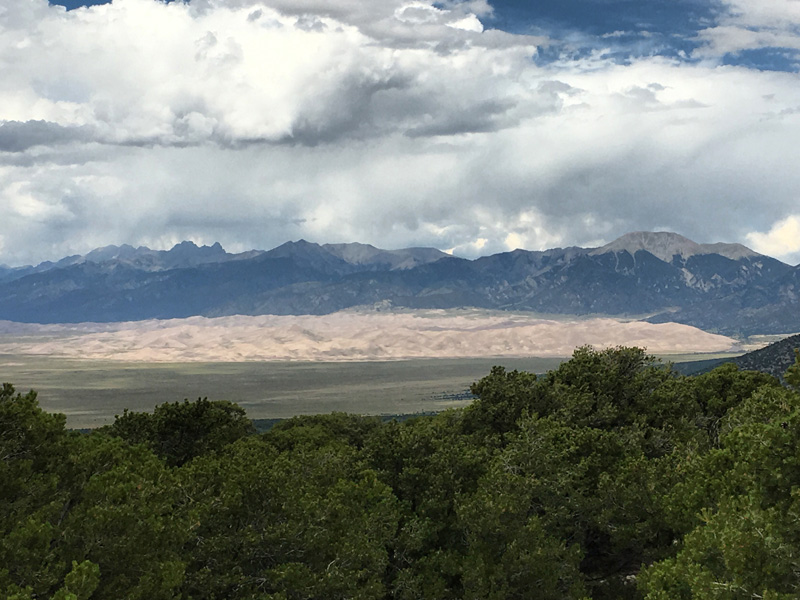 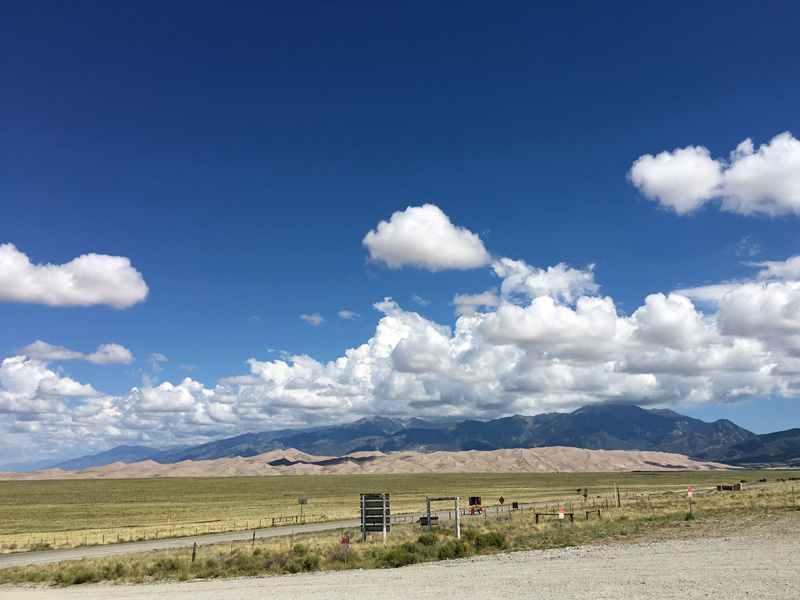 From far away, the dunes don’t look all that large or impressive – just like some sand piled at the base of some mountains. 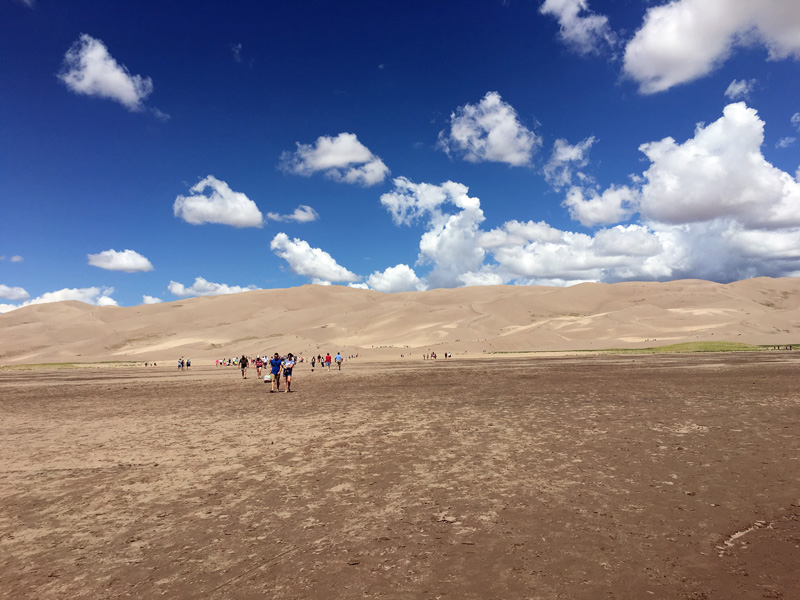 But as you start crossing the (usually dry) river bed from the parking lot to get to the dunes,
you begin to understand how massive and intimidating they are.
Don’t expect young kids to do this easily and really think twice about bringing your dog out here. 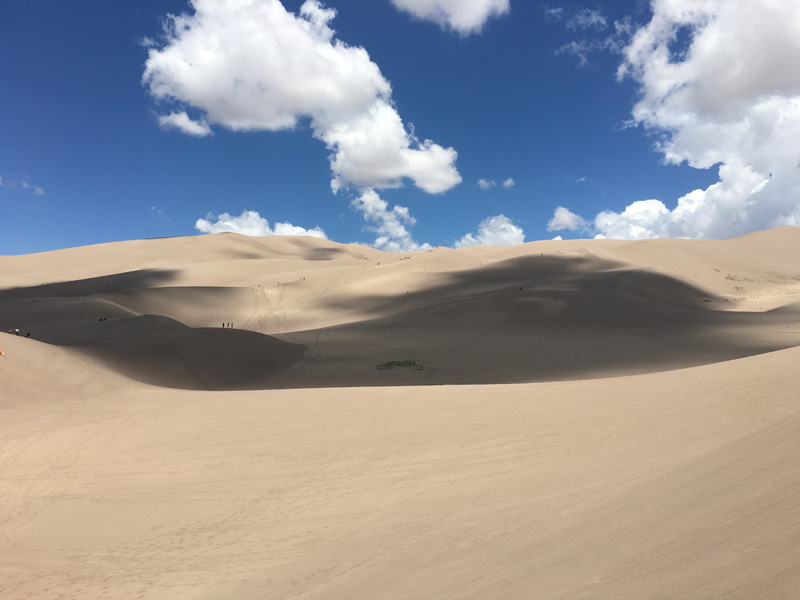 As you start climbing, your legs will start burning – it’s a relentless hike to reach the top of a dune.
And see your friends out there? Just tiny specks, that’s how far away they are! 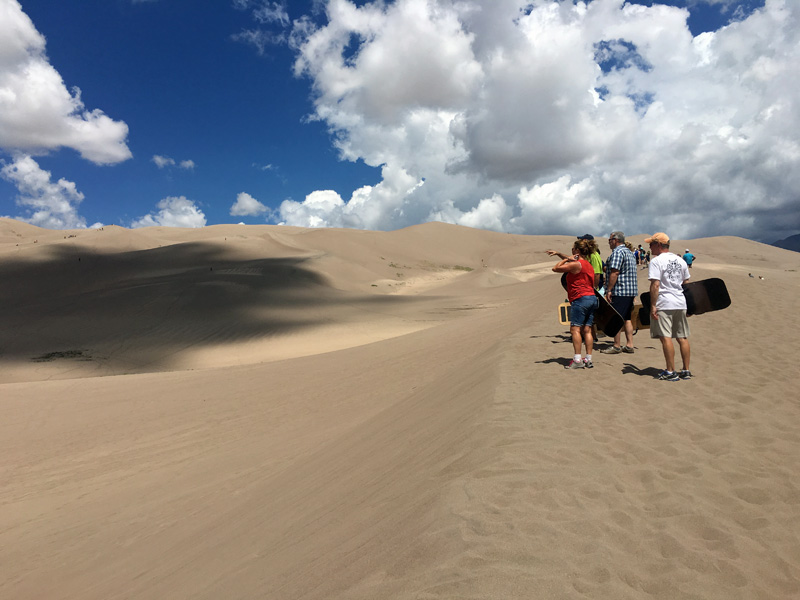 The fun of it – and the reward – is to sled down the dunes on special sleds you carry up with you. On our 2016 trip, my husband was the brave soul to try it first, and he somersaulted all the way down. It took a 30 minute shower later that day to get the sand out of every crevice! Practice leaning back on your sled to control your balance.
If you plan well, it makes sense to cover both of these parks in one grand tour of southwestern Colorado. You’ll find information on other towns and sights along the way in these blog posts from my tour through the state as I worked on my award-winning first cookbook, Tasting Colorado: Favorite Recipes from the Centennial State.