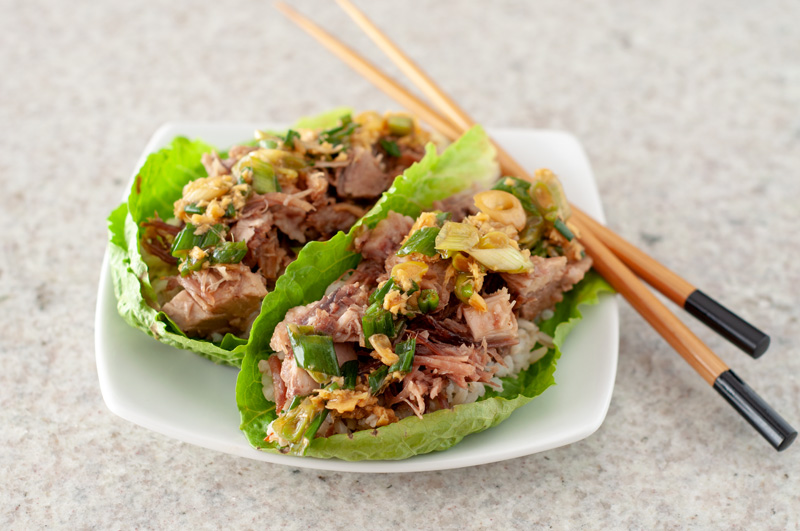 Here’s how this all started: my best friend from college once made this recipe for me on a Vermont winter getaway. I recently had a half hog delivered from my friend’s farm, and that included several butts, legs, roasts. I pulled the Bo Ssam recipe the week before I went to Las Vegas. And then karma struck – on the day of a blizzard in Denver, The NY Times cooking newsletter suggested making Momofuku Bo Ssam for dinner. Recipe, check. Pork picnic roast, check. Looking for something to do on a snowy afternoon, check. And that’s how I ended up adapting the Momofuku recipe for the Instant Pot. 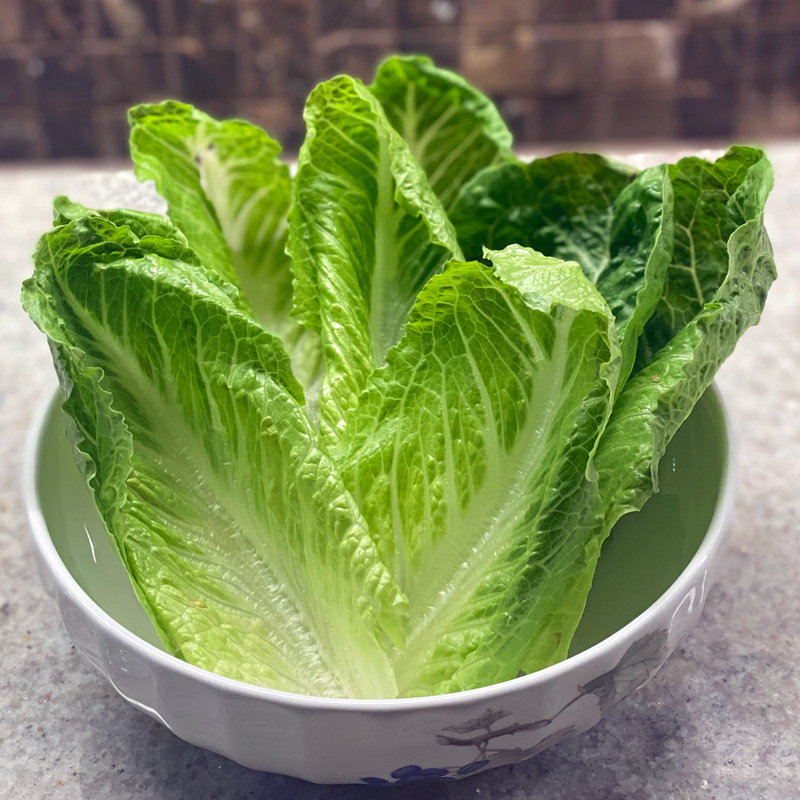 I personally use my Instant Pot almost exclusively to pressure cook things that take longer to become tender like Cochinita Pibil, Leg of Lamb, Lamb Shoulder, Mole, or Pork Hocks. I’ve only done one or two recipes like Beef and Broccoli to test out other settings, so if you’re new to the Instant Pot, you might like this cooking guide that a fellow blogger over at Instapot Life shared with me: instapot.life/instant-pot-cooking-times 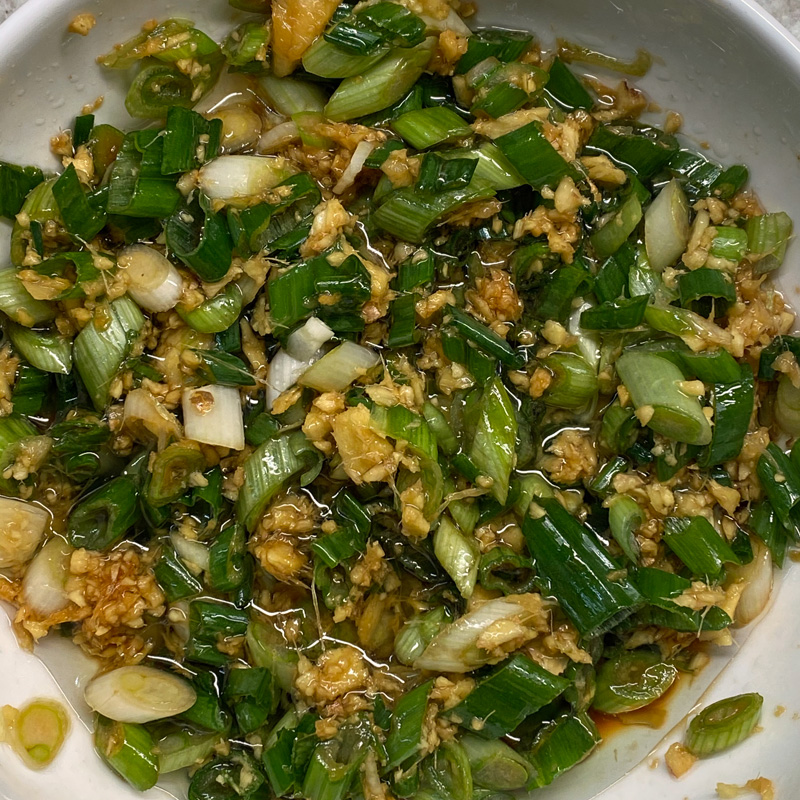 The Momofuku recipe is legendary, and delicious – but it’s a multi day project. I only had 6 hours total, and was starting with a frozen roast. Plus the more I read about David Chang’s recipe, the more concerned I was that it was going to be far too salty. So I made these simple changes:

1. I put the sugar and salt rub on the frozen roast, wrapped it tightly in plastic wrap, and let it sit on the counter for a couple of hours to partially defrost.

2. Next I submerged the whole thing into a large bowl of water and let it sit for another two hours to brine a little more, rinsing off all of the sugar and salt rub in the process.

3. I used the Instant Pot on pressure cooker setting, including water under the rack and using just a tiny bit of the residual sugar and salt from the brining bowl on the roast.

4. After the roast was tender in the Instant Pot, I roughly shredded the meat, removing large chunks of fat, poured a bit of the broth from the Instant Pot over the meat on a rimmed baking sheet, sprinkled brown sugar on top, and broiled it for just a few minutes. 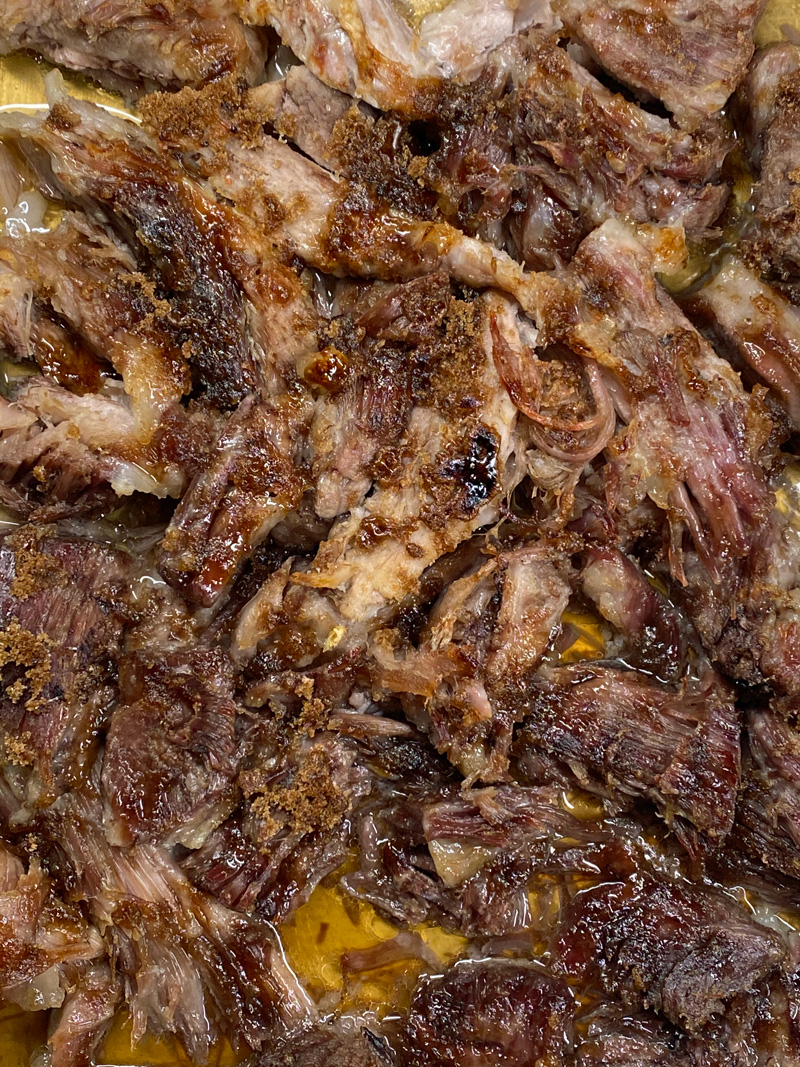 The result was perfection in just six hours instead of two days. I promise this stuff is addictive, and you won’t be able to stop eating the leftovers until you’ve polished them off entirely, savoring every single drop of pork fat on your lips in the process.

4.5 from 2 reviews
Momofuku Bo Ssam in the Instant Pot