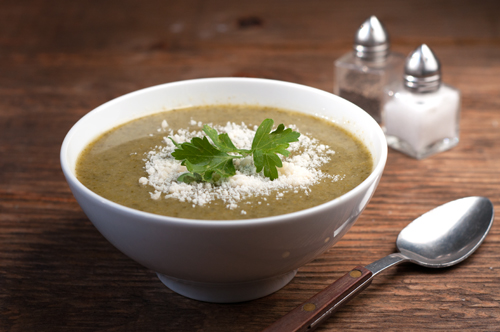 I have a friend who has a dinner party occasionally called Scrap Night. It is very much like when my husband was a child and his family would gather with relatives, and his aunt would make meals that she called “must go” meals. As in, all of this food is getting old and simply must go soon or we’re going to have to throw it out. Perhaps that harkens back to a time when we were more frugal, less wasteful, but for me, I still believe in that philosophy. I hate to see food wasted, perhaps because I focus my volunteer time trying to help end childhood hunger in America. So this soup is one of those post holiday concoctions where I perused the vegetable drawer and freezer and decided it was time for that food to be cooked. 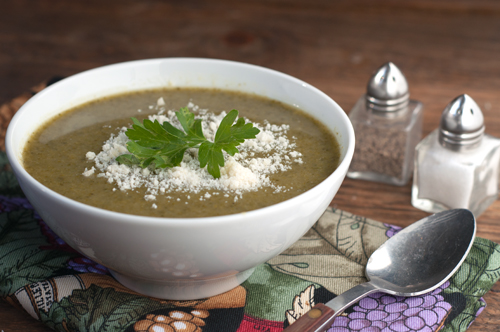 But it has a secondary meaning: those extra pounds that have crept up on me this past year, starting with a potato-filled adventure in Ireland, followed by a food-centric celebration weekend with my family in New York, followed by over three weeks of eating my way through new venues in Germany, France, and Italy, and concluding with holiday overindulgences like Chocolate Peanut Butter Fudge and a 14-course dinner on New Year’s Eve for friends, well yes, those extra pounds must now also go. This soup is less about a recipe and more about a technique. Here’s what I found in the refrigerator:

That all went into a pot and simmered until tender, then I pureed it with a stick blender. It’s really low in calories, and fills in nicely as a snack when I’m trying to avoid potato chips, pretzels, cookies, or ice cream (my weak spots). Take a look in your fridge and see what must go and make your own version of this green cleanse soup. Here’s to your health in 2014!